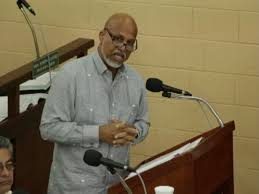 Tuesday, June 30, 2015. BMG: Political leaders are clashing over the shocking developments in the village of Santa Cruz, Toledo, where resident Ruperto Myles was restrained and allegedly assaulted by fellow residents trying to evict him from what they say is a Maya archaeological site.

14 of the villagers as well as Maya Leaders Alliance spokesperson Cristina Coc were subsequently charged with multiple offences. 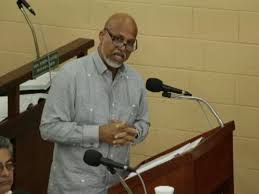 Speaking at the House of Representatives on Friday, Prime Minister Dean Barrow said that the Caribbean Court of Justice (CCJ) consent judgment recently recorded in the Maya land rights case neither superseded the Constitution and laws of the country, nor transfer sovereignty over any part of national territory to any particular ethnic group or create a state within a state.

Barrow also said it did not set up a separate Maya nation in Belize and did not give anyone the right to use force to vindicate any claim they might have to land. He said what the judgment did do was to recognize and accept that Maya Belizeans have certain rights over certain land in Toledo.

Without a court order, and absent of definition and legislation over the Maya’s specific rights to be determined by a national commission, the Maya did not have the right to do what they did.

People’s United Party (PUP) Toledo West area representative Oscar Requena hit back, saying that the residents of the village have told him that they welcome any and every one to their village as long as they respect the laws of the community. 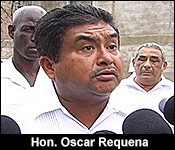 But the Prime Minister made clear that, “If ever they do what they did again, the same thing will happen. I trust they won’t, because they must realize now they were wrong under the laws of this country. Forget the question of race and ethnicity.

They were wrong. Plain and simple. They have no authority under any kind of cultural remit as I said, any kind of alcalde system to do what they did. That was wrong and in the course of their wrong doing they violated the personal rights of Mr. Myles.”

He added that police would have to answer for their actions but otherwise supported the decision which came after a formal complaint by Myles; Requena blames the PM for inciting that action by his statements on Monday, June 22 in Dangriga.

No date has yet been set for a planned meeting between the Prime Minister and the Mayas.