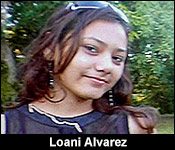 Friday, July 03, 2015. BMG: The mother of 17 year old Loani Alvarez of Ladyville says she fears for her daughter’s life after she left home last Thursday, June 25. Alvarez’s mother, Marisela Galdamez, says that Loani called her about 10 minutes after she reported her missing at the Ladyville police station, saying that she was waiting for the bus. She later called the station to report that she was with a friend in an undisclosed location. 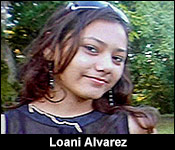 However, the family heard from Loani again on Wednesday – or a voice that sounded like hers, at any rate – when she called in tears to say that she was locked up in room and had been beaten and tied up. Ms. Galdamez appeals to the public to help Loani come home if they see and wants her daughter to know she is worried and thinking about her.

According to Galdamez this is not the first time her daughter has run away, she left home in March and was found weeks later in a house in Ladyville. If you know the whereabouts of Loani Alvarez you can call her parents at 660-5212 or 607-1246.