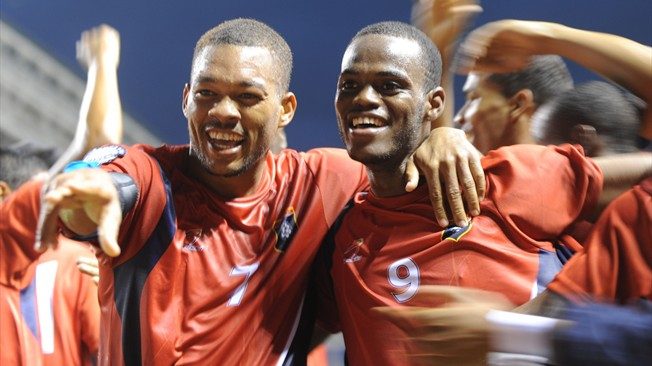 Wednesday, July 08, 2015. BMG: After two rounds of  CONCACAF World Cup qualifying, Belize stands on the threshold of an unprecedented appearance among the game’s elite. In a profile released today on FIFA.com, the man who put them there gets his just due. 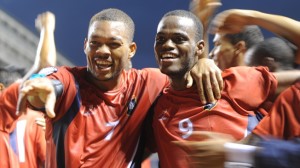 27 year old forward Deon McCaulay proved every bit of his worth by scoring three goals in two outings against the Dominican Republic and ensuring Belize’s progress 5-2 on aggregate.

Sometimes, McCaulay told FIFA.com, even he can’t believe what’s going on. “Sometimes when the goals are flying in, I think to myself. ‘wait, is this really happening?’When my goals win a big game it’s almost unreal. In some ways I can’t believe it’s become so easy for me.”

But he has put in years of hard work, buoyed by the strength of surviving humble and possibly dangerous beginnings.

The Belize City native leaned on his popular father, David McCaulay, who let him watch national team training in his time and then showed him a trick or two.

The old man scored 13 goals for the national team (but is officially credited with only two) but has been well eclipsed by his son, who says he “always knew I would be a striker.”

And he has struck no less than 20 times in 34 appearances, including 11 in the qualifying for Brazil 2014 when Belize went out in the first group stage. His total was better than the likes of Luis Suarez and Lionel Messi, though McCaulay laughs of the notion that his talent is anywhere near theirs.

And while his time with the Atlanta Silverbacks of the North American Soccer League was not fruitful – just three goals in 14 appearances as he caught a hernia which slowed him down – McCaulay is looking forward to his next opportunity and helping Belize so that good things can come for him.

Belize will learn its next opponent in the qualifiers on July 25.