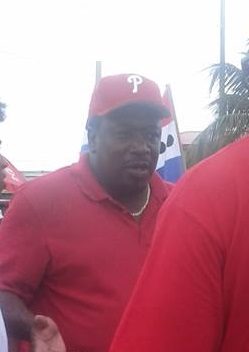 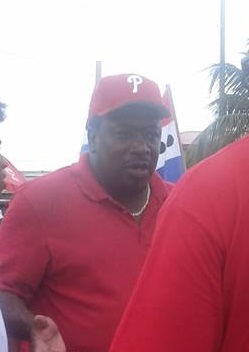 Turnout for voting at the six polling stations in town and the villages of Hope Creek and Sarawee started low and only picked up after 2 in the afternoon. The final turnout was just under 60% (59.57%) of registered voters, 6,275.

In accepting victory, Mena said he persevered despite a “negative and nasty” campaign by his opponents, and emphasized that he ran a positive campaign addressing the needs of his constituents. He emphasized that he is not going anywhere and will be in it for the long haul.

Defeated candidate Sabal paid tribute to his staff and workers, saying that their accomplishments “will go down in history.” He too said he would not abandon his people and credited support from the national party executive for the closer than expected result and believes he can do even more in a one on one battle in the general election.

Early reconciliation showed that the key area of Lakeland, polling area 95, had gone mostly to the UDP with Sabal winning one box. Mena won most of the other boxes handily, securing victory fairly early before any box had been officially counted.

UDP leader and Prime Minister Dean Barrow said that he attributes tonight’s success to the UDP’s advantages rather than the PUP’s disadvantages including lack of finance and a short campaign season. With all of their accelerated campaigning, the Prime Minister said, voters did not, as they hoped, indicated any dissatisfaction with the UDP’s performance.

The UDP now hold 19 of 31 seats in the House of Representatives, and have now not lost an election of any kind since the 2003 general elections and municipal elections.