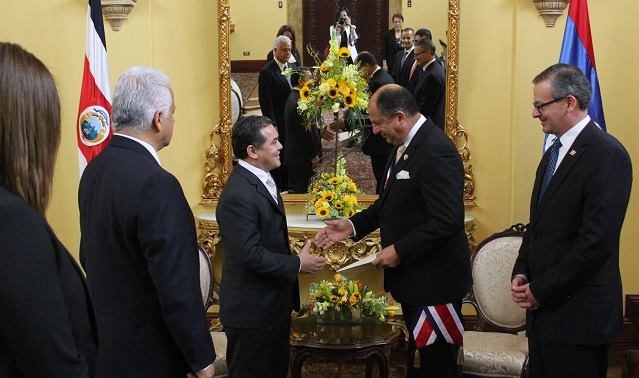 Thursday, July 09, 2015. BMG: Former CEO in the Ministry of Foreign Affairs Alexis Rosado was last year appointed as Ambassador to Guatemala and resides there. He now adds another Central American country, Costa Rica, to his portfolio.

non-resident, to the Republic to its president, Luis Guillermo Solis Rivera, on Wednesday. Thereafter he met with Foreign Minister Manuel Gonzalez

Sanz and made arrangements for the opening of a new consulate.

Belize and Costa Rica have had relations since 1981. They will work together on areas of trade, regional cooperation through the Association of Caribbean States (ACS) and Central American Integration System (SICA); deforestation, climate change and economic concerns.