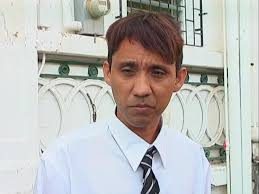 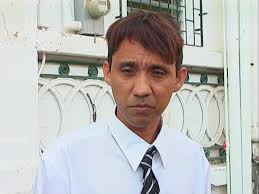 Government in the Supreme Court, but in the Magistrate’s Court completing a trial over a complaint he made last year against Zericote Street resident and neighbour Emmerson Pickart.

Orozco accused Pickart of insulting him and throwing a bottle at him near his residence in October of 2014. Chief Magistrate Ann-Marie Smith today found Pickart guilty of using indecent words and throwing missiles.

According to Orozco he was in his yard and headed to his mother’s for dinner when Pickart, using an unkind word, made reference to Orozco’s sexual preference, and then threw a bottle at him.

Pickart denied the acts in court, claiming that he had just left his house because he and his wife were having problems when Orozco allegedly made sexual advances on him.

But the Chief Magistrate ruled that Orozco’s account of the incident was straight and believable, apart from being unable to recall the exact date of the incident. She fined Pickart $100 for each offence, in default 2 months in prison.

The Chief Magistrate also excoriated Police Constable Pott for, in her view, doing a shabby job of investigating the incident. Orozco was similarly attacked and injured in February of 2012 and no one was charged in that incident.

He continues to await the decision of Chief Justice Kenneth Benjamin on his claim against the Attorney General over Section 53 of the Criminal Code, brought in 2011.