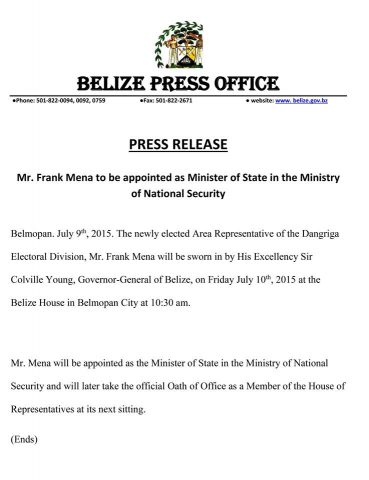 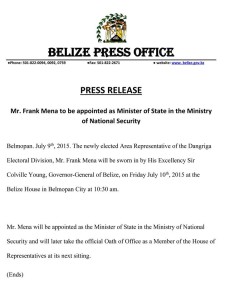 that Frank Mena, the new area representative for the Dangriga Division will be appointed Minister of State in the Ministry of National Security.

According to the statement, Mena will be sworn in by His Excellency Sir Colville Young, Governor-General of Belize, on Friday July 10th, 2015 at the Belize House in Belmopan City at 10:30 am.

The press release ends by saying that “Mr. Mena will be appointed as the Minister of State in the Ministry of National Security and will later take the official Oath of Office as a Member of the House of Representatives at its next sitting.”