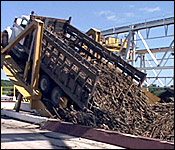 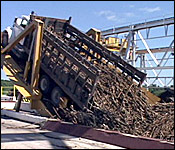 Employee’s Holdings Limited, released a statement on behalf of the employees yesterday, saying that a recent lack of cooperation and transparency from the American Sugar Refinery (ASR) has left the union and its members no choice but to advise the general public of their plan of taking legal action to attain the company’s financial reports.

BEH says that that ASR has been withholding the information despite countless correspondences sent.

ASR has held majority of the shares in the Belizean Sugar Industry for almost three years since it paid a debt of US $64.8 million that BSI owed to financers in the Netherlands. That payment bought ASR a whopping 81.29% of shares in the company, turning BSI Employee’s Holdings Limited into a minority shareholder of only 17.5%. 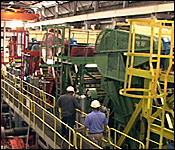 The members of the workers union believe that there has been a high increase in profits over the last 2 crop years and are disturbed that ASR has refused to produce financial reports.

The arrangement between the two companies and the Government of Belize provided that ASR was to share that information with BSI Employee’s Holdings Limited and pay bonuses depending on the amount of profit being made.

The Union and its members say that they have requested information from ASR on many occasions and have been denied so now they will do the only thing left to do and take ASR to the Supreme Court.