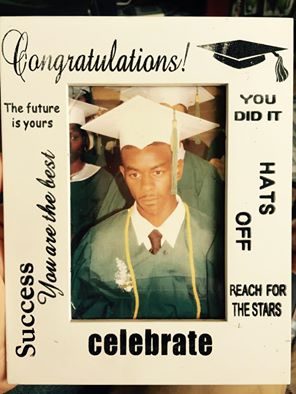 Friday, July 10, 2015. Aaron Humes Reporting: With his funeral services set for Saturday afternoon in Belize City, we end this week of news as we began it, honoring the late Kareem Clarke, viciously targeted in the early hours of Monday at the corner of Vernon and Lakeview Streets. 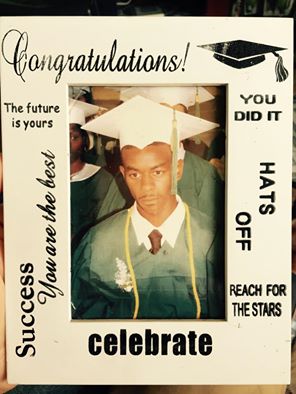 Today’s Amandala newspaper announced that the organization will offer a reward of $4,000 for information leading to the arrest and capture of the 27-year-old’s killer.

It noted that Clarke, quote, “was ambushed by a lone gunman as he rode his bicycle. Surveillance footage from the area shows that a police mobile arrived on the scene just five seconds after Kareem was shot. A minute later, a second police mobile arrived at the scene. So far, no arrest has been made, and police have yet to determine a motive for the murder.” End quote.

The newspaper’s editorial suggested that some consider the murder to be “a message to Partridge Street,” and citing the history of popular resistance in the country since 2004 and the dichotomy of PUP disenchantment with the media and UDP wariness at attacks by enemies, not to mention potential involvement by foreign agents, it concludes, quote, “We do not consider the cold-blooded execution of Kareem Clarke to be a simple, straightforward Southside murder. There are things which trouble us here. Perhaps this was the intention of the sacrifice.” End quote.

But all of that is a backdrop to today’s meeting of members of the press on a fairly slow news day in Belize City at the office of UNICEF on Coney Drive. They were there to begin the building of our late colleague’s legacy. He is fondly remembered by all as a quiet and humble giant, who let his volume of work speak for him. 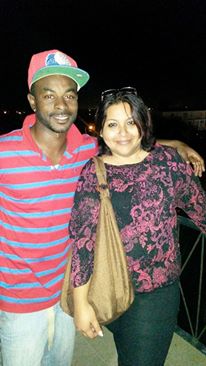 A news release by KREM Radio/Television News Editor Marisol Amaya announces that a “Kareem Clarke Memorial Fund” would be opened for the purpose of contributing three times a year to the St. Joseph R.C. School Feeding Programme. She states, “If at some point more feeding programs can be added, that would be done.”

The family has asked that in lieu of wreaths, flowers and cards at Saturday’s funeral service, contributions may be made towards the feeding program for St. Joseph R.C. Primary School in Belize City, which will be collected at the funeral service.

Says Amaya, “Additionally, to hone in on the fact that Kareem had a gift for writing there will also be an essay competition. The winner would receive a financial donation or laptop or some prize from the fund moneys.

In November around Kareem’s birthday (November 21), there will be an hours long event, perhaps starting with a literary fair, with anchors reading to the children and children doing mock anchoring, donating books, etc. It would proceed to poetry, and finally entertainment.

The media would have to get together before then to plan this event and promote it.

In April and in August, media personalities would go on a food drive outside particular stores to collect items for donation to the feeding program along with whatever moneys are available in the fund.” End quote. 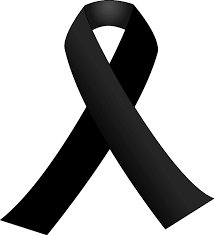 Kareem is survived by his loving mother: Julia Clarke of Belize City, his father: Emory Samuels of the USA, and his stepmother: Clarita Montero; sisters: Melanie Young, Jamala Herrera and Renata Samuels; his only brother: Kerwick Samuels; nieces: Hydeia and Georgia Henry, Kyla and Leanne Young, and his precious little niece – Mia Nunez; his only nephew: Jeffrey Young; a host of aunts: Martha Swift, Marie Clarke, Lynden Parks, Phyllis Samuels and Ms. Pauline Samuels, both of Belmopan, Angelique Samuels of the USA, as well as his uncles: Dr. Curtis Samuels of Belize City, Emerson Young, Mark Clarke, and Alfred Clarke, Jr; grandmother: Mrs. Dotsie Samuels of Belmopan and his grandfather Alfred “Bunny” Clarke Sr., several cousins and other family members, his girlfriend of many years – Patrice Ramsey, as well as his close media colleagues and numerous other friends.

He was predeceased by his grandmother: Idolly Neal, grandfather: Phillip Samuels, Sr., his brother: Alistair Samuels, his aunts: Valerie Samuels, and Karen and Gloria Clarke, and his uncle: Wilbert “Pappy” Clarke.

The body will lie in state at 1:00 p.m. Please arrive early for reflections starting at 1:30 p.m.

Rest in peace; rise in glory. 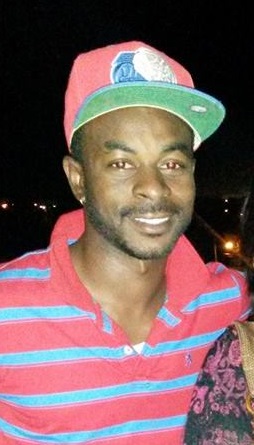