Manhunt underway after El Chapo breaks out of jail 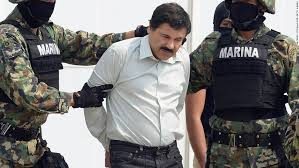 Sunday, July 12, 2015. BMG: Mexican authorities are intensively searching for leader of the Sinaloa Cartel, Joaquin “El Chapo” Guzman, who broke out of Antiplano maximum security prison west of Mexico City between Saturday night and Sunday morning. He was serving a 20-year sentence for drug trafficking offenses. 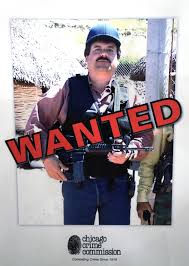 The notorious Guzman was said to have constructed a tunnel from his cell measuring over 1 mile to a construction site outside the prison to get out; a motorcycle was also recovered which it was alleged removed dirt. It is his second escape; he broke out of a Jalisco jail in 2001 with the help of prison guards and stayed on the run for 13 years before being captured last February in Mazatlan.

Authorities had insisted that Guzman could not escape again but the billionaire trafficker has wide allegiances and plenty money to pay people off.

According to the Huffington Post, Guzman faces multiple federal drug trafficking indictments in the U.S. as well as Mexico, and was on the U.S. Drug Enforcement Administration’s most-wanted list. The U.S. has said it would file an extradition request, though it’s not clear if that has already happened.

Mexican authorities have insisted on prosecuting Guzman at home as a matter of national pride; six major cartel leaders have been taken down since President Enrique Pena Nieto took office.