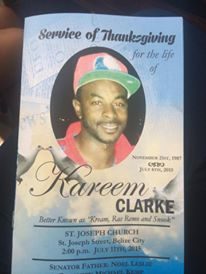 The 16 year old minor, according to Supt. Hilberto Romero,  the officer in charge of Crimes Investigation Branch for Eastern Division, is also suspected to have shot 21 year old Glen Murillo on Friday night on Vernon street in Belize City. 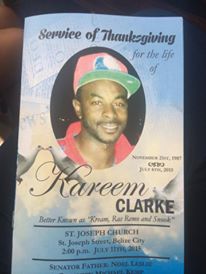 Romero said police are following up with the intention of bringing charges.

He made an appeal for additional information from the community to help close the case.

Police are yet to establish a motive.

Clarke was shot to death while crossing the Lake view street bridge around 1 in the morning on bicycle. His was the third murder in two weeks in the area.