Thursday, July 16, 2015. BMG: CEO in the Ministry of National Security George Lovell told Channel 5 News last night that there is presently no indication that escaped Sinaloa Cartel leader Joaquin “El Chapo” Guzman, also known as “Shorty,” is in Belize. However, reports suggest that he was smuggled here and is in hiding with alleged allies based here. 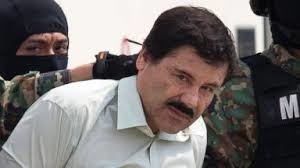 Guzman, who was serving a 20-year sentence for drug trafficking, was first arrested in 1993, broke out of prison in 2001 and eluded authorities until 2014. The alleged “self-made billionaire” is known for successfully bribing Mexican officials to be left alone and in this case to facilitate his escape.

Lovell told Channel 5 that Belize, if it receives any information or can successfully pick up “El Chapo”, will call in both Mexican and U.S. authorities to assist in his recovery. He pointed out that even Mexico has had a hard time dealing with “El Chapo” because of his legend and resources.

Guzman’s escape involved the excavation of a mile-long tunnel which runs beneath the heavily guarded prison facility in Altiplano.  The passageway led directly to his cell where he absconded on Saturday under the pretense of taking a shower.