after being found guilty in court.

But she showed plenty of it today and Senior Magistrate Sharon Frazer handed down a sentence of three months in prison, suspended, and compensation of $500 to victim Nikita Usher, who was attacked because some people thought she and Ramsey resembled each other.

Usher says she lost profits when she was not able to open her grocery shop because she was left briefly unable to see by Ramsey’s actions.

Ramsey’s attorney Darrell Bradley told the court that she is the girlfriend of late Amandala journalist and murder victim Kareem Clarke and that’s why she appeared not to be together when in court last week.

He conveyed her remorse to the court and to Usher for the incident which occurred a year ago at BTL Park. 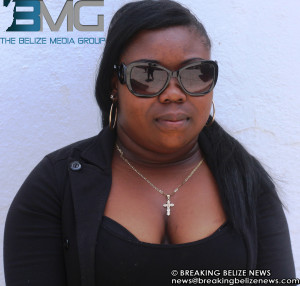