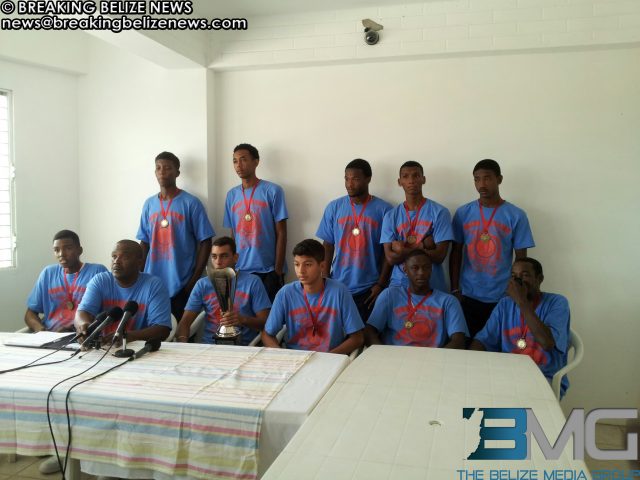 Tuesday, July 21st, 2015. Aaron Humes Reporting: A talented and accomplished Hoop Dreams Belize Basketball team is back in the country after traveling to participate in the Copa Cancun Tournament over the past few days. 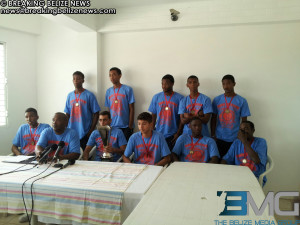 The Belizean U-19 selection managed to hold off Mexico’s National Champions, Veracruz Marlins, in that age category, and won all of its 6 games played throughout 4 days.

At a press conference this morning in Belize City at the Quan Volleyball Gym, head coach Brads Neal paid tribute to the internal strength of the youngsters, a majority of whom are from Belize City with one exception from Dangriga.

The boys have been together for several years now and more than one of them described their fellows as “brothers.” They described their competition as big and athletic but “slow,” a weakness they took advantage of en route to the title.

Neal says the group juggled training at Birds Isle twice a day, the night practice with a Firms squad, with the end of the school year. A humbling one-point warm-up loss to Elite Basketball League runners-up Cayo Western Ballaz in San Ignacio served as extra motivation.

Assistant coach Harry Grant made an emotional plea for the community and businesses to pay more attention to the youth in the inner city, making resources available for sports and other positive activities to keep them away from crime.

Neal added that there is need for more and similar programs to Hoop Dreams, which gives an “organized structure” to the sport that serves the youths well in other areas of life and discipline.

All of the teenagers are in school at senior secondary level or tertiary level, and expect to join elite basketball clubs and eventually play for a national side someday.

In related news a U-14 side goes to a Central American tournament in Mexico in August. Spaces are available on the national team coached by Matthew Smiling.