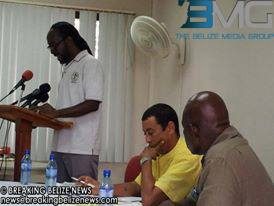 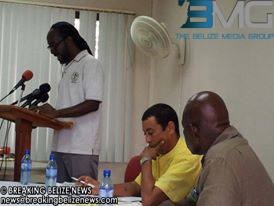 Accusing the Barrow administration of acquiescing to Guatemalan authorities and bolstering their case for the unfounded claim at the International Court of Justice,  the VIP calls on the population not to stand by while Government risks national sovereignty.

Spokesman Paco Smith told a press briefing in Belize City that  Guatemala feels emboldened by its recent actions and getting Belize to seemingly agree.

According to Patrick Rogers, Guatemala has reason to feel hard done by, as they were not properly compensated in the 1859 Anglo-Guatemalan Treaty and did not ratify the drawings of borders in 1931 as agreed by     the British.

Guatemala may be entitled to compensation for territory from the south bank of the Haulover Creek to the Sarstoon, aided by the United States, Rogers charged. Belize, he said, is setting up for trouble,  and was not consulted when the decision was taken to consider possibly giving up land and insular territories in the compromis without ratification by the Senate which has not been obtained.

Guatemala plans a referendum in the second half but the amendment to the compromis must go before its authorities by 26 July to be ratified.