Police are yet to identify badly burnt body 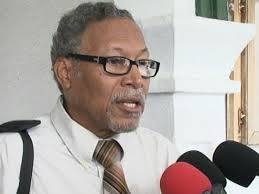 due to dissatisfaction with their salaries, and yesterday, July 22nd, just before they took to the streets again, the Union’s President, Marvin Mora, was contacted by Minister of Labor, Godwin Hulse, who put an offer on the table for the BEWU.

Marvin Mora said that Hulse spoke to him on the phone, offering to bridge the gap that has been affecting negotiations and resolve the matter. Hulse requested that the union put together a presentation for him to see the problems being faced by its members.

Mora went on to say that since the owner of the company is actually the government, addressing the issue directly with Hulse will put the union closer to actually voicing concerns to the company’s owner.

The hope is that they can reach an agreement and make the owners see that what the union is requesting is fair.