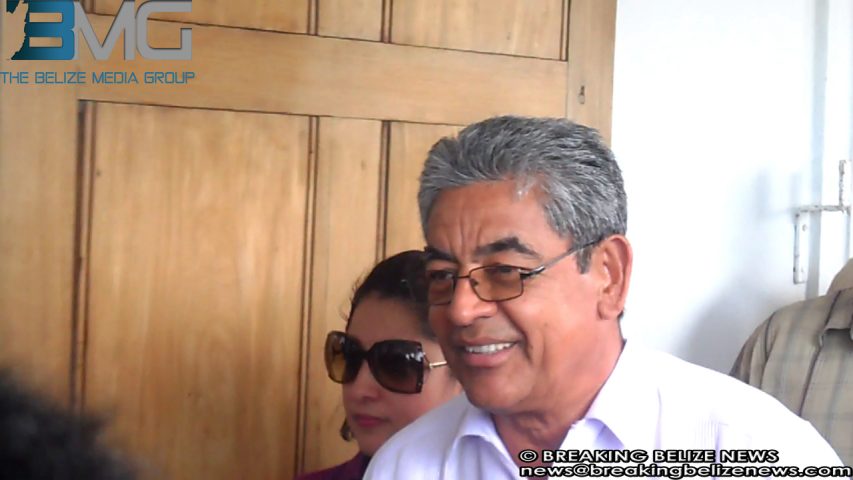 ntents of a recording first made public last November are, in one form or another, in evidence; but can that recording be used in court to prove that the man alleged to have been libeled and slandered, Deputy Prime Minister Gaspar Vega, was in fact so defamed, by no less than his political opponent Ramon Cervantes Jr and Fiesta FM, a radio station owned by his bitterest political enemies in Orange Walk?

It is a question that will not be answered until September 18, when the case returns to court.

But during the second day of the trial before Chief Justice Kenneth Benjamin, Vega’s attorney Rodwell Williams attempted to call as a witness an employee who transcribed the original recording of the call alleged to have been made by accused conspirator Manuel Castillo to the widow of Ramon Cervantes Sr, Vilma, on October 8 around 8:23 in the evening, then translated it into English from Spanish.

The Chief Justice refused, and according to attorney for Fiesta FM Senior Counsel Eamon Courtenay the tape should not be played in court during the trial.

Courtenay said, “It is our position that the claimant will not be allowed to play the recording in court. Mr. Williams say that he is going to make such an application. I will only describe it as a novel application and we look forward to seeing the law that will support that. I am not sure where he is going to find it.”

According to Courtenay, the evidence so far presented tends to suggest that his client did not in fact air the damaging statements made at the memorial service for Ramon Cervantes Sr. The recording presented as evidence in court is in fact from LOVE FM, who apologized for their part in the affair and is not a party to the current proceedings.

However, Williams maintains that whether or not the recording itself is played, its contents are part of the public record of the case: “…there is a Spanish transcription of the recorded conversation and an English translation of that Spanish transcript already in evidence.

Just that it is our version.

But it is in evidence and there is no other version before the court than the one we have there.” He says they will have to get the court’s interpreter to translate the recording in court.

Cervantes’ attorney, Senior Counsel Said Musa, believes that both his client and the radio station will be in the clear at the close of the other side’s case.

“The fundamentals of this case is the allegation that my client published or re-published a libelous article against Minister Vega and I am yet to hear any evidence of that and as far as I am aware the case for the claimant is about to conclude and we are still waiting for that kind of evidence, because there is none. There will be none…Clearly, they won’t be able to prove any broadcast by Fiesta FM. They are only relying on a tape from Love FM, which is not really evidence.”

The single witness called on Friday, Hector Bobadilla, claimed to have listened to “a talk show” on Fiesta FM early in the afternoon in which the charges concerning Vega were supposedly repeated. The case continues on September 18.