Belize ~ A Post Election View From Under The Bus, Part II 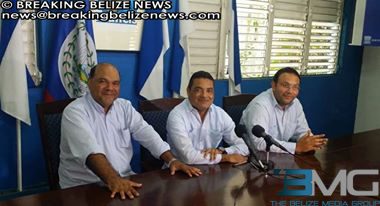 A small core around the leader wants the party as their own, to do as they please…to the exclusion of many who have sacrificed much and given long years of service to the party. Anyone who so much as question the party leadership are sent the attack dogs, Orwellian style. A few “yes sir” animals are more equal than others. If elected to government, the PUP supporters that do not fit the description “blind, loyal follower” can expect to have their very leaders as their greatest enemies.

On July 8, 2015, a bi-election was held in Dangriga to elect a representative to replace Hon. Ivan Ramos, who had resigned as elected member of the House of Representatives (HOR) for the People’s United Party (PUP) for that division a month prior. 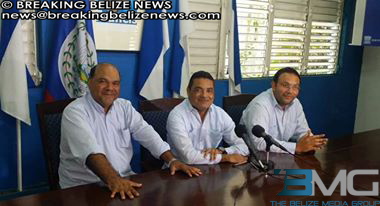 The United Democratic Party candidate, Hon. Frank Mena, won that bi-election over the PUP candidate Mr. Anthony Sabal, garnering 58.4% of the votes cast (624 votes victory), with voter turn-out at 59.5% of registered voters. This was 5.3% lower than the 64.8% turnout in the 2012 general elections, with only 124 voters less participating in the bi-election as compared with the general elections, where the PUP had won by 337 votes.

Mr. Ramos was the second PUP member of the HOR to resign recently, after Hon. Joseph Mahmud resigned from his elected Cayo North seat last November.

In the Cayo North bi-election of January 5, 2015, the UDP candidate, Hon. Omar Figueroa, won over the PUP candidate Mr. Richard Harrison, garnering 65.5% of the votes cast (1,316 votes victory), with voter turn-out at 61.6% of registered voters. This was 13.2% lower than the 74.7% turnout in the 2012 general elections, with 578 voters less casting their vote in the bi-election as compared with the general elections, where the PUP had won by 397 votes.

On March 4, 2015, municipal elections were also held throughout Belize’s 7 towns and 2 cities. The UDP won 8 municipalities by wide margins similar to the bi-elections results, gaining Dangriga and Punta Gorda where the PUP previously held those councils, with the PUP keeping hold of Orange Walk town even though they lost two of the seven councilors.

The almost 2:1 margin that the UDP currently have over the PUP, and with the momentum of 4 election victories and counting….shows a phenomenon that reflect the people’s disillusion with the leadership and the PUP party itself….it is not a reflection of how the people feel for one candidate or another. Given this momentum and margin, the PUP would be in fool’s paradise if they believe they could win anytime soon by kicking more supporters to the curb….they had better negotiate.

1. Money – the UDP is obviously better financed than the PUP, and with the resources of government also at their disposal. The PUP knows what it cost to finance elections, and came no where close to matching the UDP financing. For the Cayo North bi-election it was estimated that the PUP invested 10% of the $2.3 million the UDP invested. In the Municipal Elections the PUP invested around 30%, and again in the Dangriga bi-election around 30%, of the UDP spend-estimate….yet more spending did not alter fortunes in any significant way. Some observers believe that the PUP is holding on to most of its financial reserves for the general elections….in the meanwhile it is losing momentum. To change the momentum from now to victory at the next general elections, the PUP and its candidates will have to mobilize around $25 million and start spending wisely now, if it plans to match the UDP spending spree. With the momentum not currently in favor, and the demoralized state of large sections of the party, even if the PUP spend this amount there can be no guarantee of victory….because supporters kicked to the curb (and their sympathizers) will continue to stay away from the polls in decisive numbers, unless there is some mending of fences…the super-egos of the leader, deputy leader and their mostly-unelected-inner-circle would have to be put aside. The party needs the people….while too many of the people believe that they do not need the party to survive, and will not be dictated to…they have done so for 8 years already, and by the looks of things, the current leadership seem to be leading the party forward into another 5 years of opposition….so they do not even bother to get up out of their couch and go to the polls during the recent elections….risking political victimization.

2. Momentum – the UDP barely won the 2012 general elections, taking only 17 of the 31 seats, with 2 seats won by very small margin. The PUP adopted a do-nothing, wait-to-win-by-default strategy, given trends of past elections. Since then the UDP government has moved aggressively to follow the Belize City Mayor’s leadership with his signature infrastructure development projects, using the PetroCaribe line of credit and multi-lateral loan funds….which has temporarily alleviated the unemployment situation and drastically improved highways, streets and roads throughout the principal municipalities. This, along with Food Pantry and BOOST hand-out projects, as well as salary increases for public servants/teachers and lowering of fuel prices before election day, has obviously impressed the voters and shifted momentum in favor of the governing UDP. Political observers have suggested that there might be one more bi-election before the general election….and there will also be the routine village council elections (the PM has spoken of his intent to do massive rural infrastructure spending before then)….so there will be more than enough testing of resolve and resources before the next general elections, which must be called by March 2017, but which can be called anytime before then with only 30 days notice.

3. Issues – the PUP has made criticism of corruption and borrowing (PetroCaribe) their central vote-gaining platform, with crime getting some attention when it flares. The UDP strategy is for substantial spending on infrastructure to alleviate unemployment and improve the quality of movement….while at the same time placating the needy with food pantry and boost….neutralizing potential trouble from unions by raising public sector and teachers salaries…union busting where they see fit, as in the sugarcane industry…rushing in with minimal life support ambulance for the citrus, shrimp and banana industries…at the same time closing the financial doors of the opposition by moving to satisfy the wants and desires of their most-abled financiers and potential financiers….and even “buying out” strong PUP family members by way of jobs, contracts, favors, friends-with-benefits, etc. Corruption and borrowing is least on the people’s mind it seems…and everyone knows crime has been growing under any political party’s leadership, so it is not a differentiating factor.

4. Leadership – the UDP leadership is viewed as strong, almost autocratic or even akin to a dictatorship, even if there are internal battles that the leader negotiate accommodating positions with party sinners….the PUP leadership is viewed as weak and uninspiring, without moral high-ground to stand on, especially in view of associations and relations with past leaders of tainted ill-repute, even as it is uncompromising with its internal dissent, wasting no time in kicking the “undesirables” to the curb. In practice then, the UDP leadership negotiates with its people, while the PUP leadership dictates to its people. The UDP has been successful at taking out all their voters to the polls, while the PUP voters in decisive numbers decide to stay at home. The PUP has suspended its own constitution since 2010, and refused to hold divisional and national conventions as required by their constitution. They have not allowed the 14 (now 12 after the two resignations) that won their seat in the last general elections to be challenged in conventions, as required by the constitution and by political wisdom. Most of the other 19 standard bearers are hand-picked appointed candidates that have not proved themselves in contested conventions. The people see this as facilitating a rather inexpensive way for the entrenched core of supporters around the party leader to keep tight hold on the reins of power in the party…completely opposite to the slogans the party has been using, which are “serve the people” and “power to the people”. The justification for resistance to conventions is that they would be costly and cause more division in the party….and that the UDP would use such an opportunity to spring a sudden call for general elections. If the last four elections are any aid in predicting the future, all things remaining equal, the UDP can be forecast to continue to win by 2:1 margins. Those arguing for divisional and national conventions NOW say that at least the party would have the opportunity to align more with the expectations of voters, opinion leaders, financiers and potential financiers….because doing the same thing over and over (with the same people) will not achieve any different results. They echo what a lot of people have been saying…that a party which does not follow its own constitution while in opposition, cannot be expected to uphold the national constitution once in government. The days when leaders cannot be questioned or challenged are long gone….in fact, today’s leaders are REQUIRED to prove their winning-abilities through periodic contested challenges….this is the ONLY thing that can make them fit enough to win….this is EXACTLY why it is a requirement of the party constitution.

5. Beneficiaries – the UDP projects are designed for maximum impact on the lives of the largest number of direct beneficiaries (voters)….streets, roads, bridges, parks, playgrounds…combined with direct financial/food assistance, education and housing debt forgiveness and/or refinancing and salary increases. The PUP has not sold the people any plan that they find attractive enough to sway voters in their direction in victory-yielding numbers. Their free tablet for students plan which formed the centerpiece of their Education Reform Agenda has already pretty-much been stolen by the UDP. They have not offered any other credible plan to improve the lives of a large amount of direct beneficiary voters. Individual voters seem to put more value in “what is in it for me”, than in “what is in it for the general good”. Any political organization that does not acknowledge this and respond appropriately, shall not gain momentum anytime soon in Belice.

6. Side issues – there are some side issues that impact Belize elections and which can rapidly shift voters sentiment. For example, there are foreign affairs issues over sovereignty, immigration and national security. There is an underlying social tension in race/ethnic relations….those troublesome acutely eruptive issues such as personal liberties, law enforcement abuse of power and executive branch interference with the process of law enforcement and the judiciary….there are industrial tensions that remain unresolved in sugar, papaya, shrimps, banana and citrus that could suddenly spring to the forefront, especially if revenues see a sharp decline in any of these…..there are energy issues, especially concerning any significant changes in the PetroCaribe arrangement or the supply of electricity from Mexico. Sudden shifts in the courts towards claimants in the nationalization cases surrounding BEL and BTL….a major act-of-God that is mishandled…..or a major oil find as helped the PUP soften their crash in 2005….all or any of these could cause tectonic impact on voter behavior.

That is the way how I see things currently, from here under the bus…