Mayor of Orange Walk weighs in on present PUP crisis 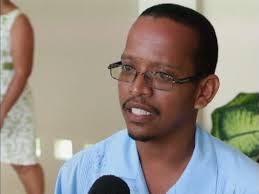 As the Mayor of Orange Walk Town, and the only elected PUP Mayor nationwide, I feel I have to weigh in on the present crisis inside our party.

If we are to judge from our leader’s comments on Plus TV yesterday, 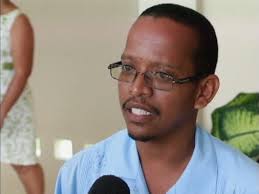 The atmosphere in that meeting would not be conducive to respectful conversation and could only lead to heightened hostilities. It is the same atmosphere that we understand led the 12 standard-bearers to write a letter in the first place – there cannot be civil conversation inside that meeting room, worse if anything is said that can be viewed in the slightest way as a criticism of the status quo.

What cannot be lost in all this though is the central message of Dan Silva’s post that the party is in dire straits; that offering the electorate more of the same is not going to cut it. I stand in full solidarity with the request of the group of 12. Obviously, judging by the results of three consecutive elections this year, the people we serve want more – a whole lot more.

My friends, in Dangriga we fought together under the mantra, Power to the People. But how can we tell our people the power is theirs if we don’t listen to them, and if we don’t allow their voices to be heard? How can we tell our people we are here to serve them if we continue to ignore them? How can we credibly tell them we will lead them to Belmopan if we can’t prove we are a viable party in any single election? The record will show we have not won any national elections since 2003.

The question looms: what gives us the best chance to win the next general elections? That is what we should be concerned about, not about preserving the leader at any cost. Are we satisfied that what we are presenting gives us the best shot at winning? The last three elections scream hell no!

Any true leader must submit to the will of the people. Any true leader will not be afraid of the will of the people. The people are asking us to regroup, re-energize and restructure this great party which has obviously been going in the wrong direction. It is not me saying that. It is the thousands of our supporters who stayed home in the last three elections because they are not happy with us.

Reorganizing can only be done by way of a National Convention. That’s why our Constitution demands that one be called every two years. It’s been almost 5 years since we’ve last had one, and yet some will say now is not the time. My question is, if not now, then when? After Barrow calls the next elections? After we’ve lost the general elections? Are you crazy???