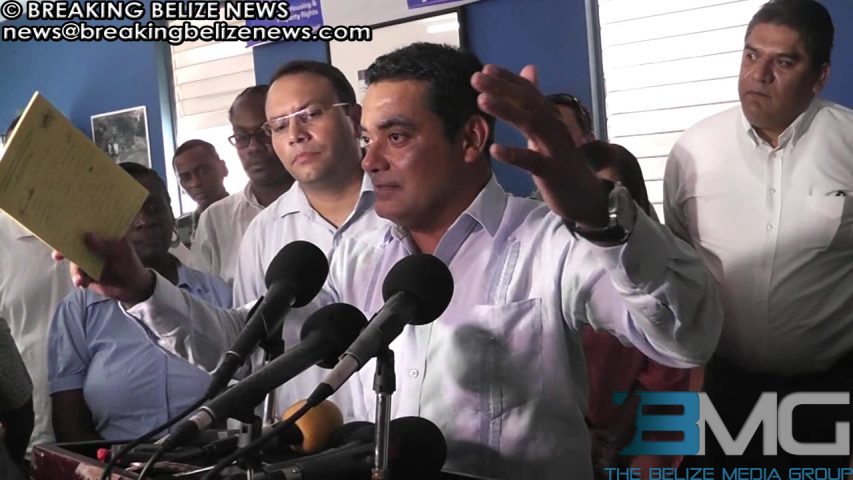 Earlier this week, 12 standard bearers from across the country wrote PUP leader Francis Fonseca and Chairman Henry Charles Usher demanding the immediate calling of a national convention, nationwide consultations to inform party policy and the restructuring of the National Executive.

Ten of them were absent today; only two, Dr. Francis Smith of Pickstock and Major Lloyd Jones of Belize Rural North, and they have supported the ultimate decisions taken by the Executive. It appears the group has some of what it wants, but not all.

Following the meeting Fonseca told the press that a National Convention has been called for no later than the end of this year but said that it was agreed that his post would not be up for challenge. But does that mean that Fonseca is afraid of challenge? He says no – his leadership was again on the line at his suggestion for.

The party also agreed that it would continue its ongoing nationwide consultations in San Ignacio, then head south and up to the North before finishing up in Belize City. It will also take proposals on restructuring the National Executive ahead of the National Convention.

As for the fate of the dissidents, Chairman Henry Charles Usher says they will face no sanctions and continue to be recognized in a “good faith relationship” with the party and its chosen leader.

The “Power to the People” Tour meets at Teodosio Ochoa Park in San Ignacio on Sunday.