12 year old girl forced to have sex with father 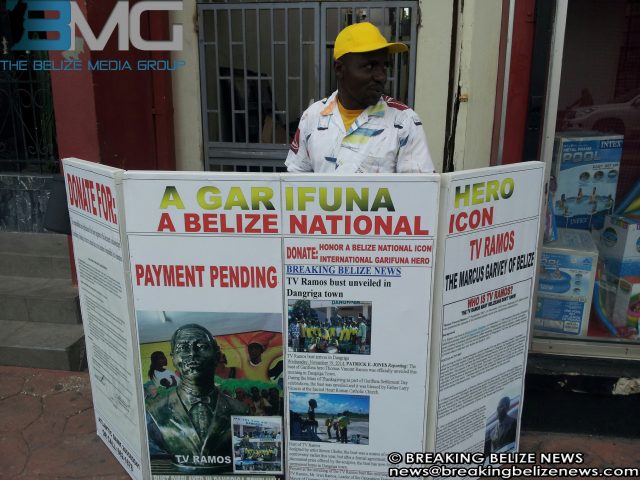 Thursday, July 30th, 2015.  Aaron Humes Reporting: Sculptor Stephen Okeke has been battling for over a year to receive what he is owed for the completed bust of Garifuna hero Thomas Vincent Ramos, now on display in Dangriga. And it appears he will not be getting it from former Dangriga area representative Ivan Ramos who has well documented financial problems.

But Okeke does have to pay his costs and now he is making an outreach to the Belizean people to help him out.

He has done it before with previous sculptures of Philip Goldson and Antonio Soberanis, but these ended up being paid for, and with no resolution in sight Okeke began his public campaign today on Albert Street in Belize City.

But if you are having trouble reconciling why the Belizean people should chip in for something Okeke made and should have been paid for in a private transaction, we did too.

Okeke’s answer is that Ramos should have never borne the burden alone and that all Belizeans benefit from the bust’s display as with his other works. Okeke will be heading to Dangriga next week to drum up support there.