Man tries to make off with police vehicle 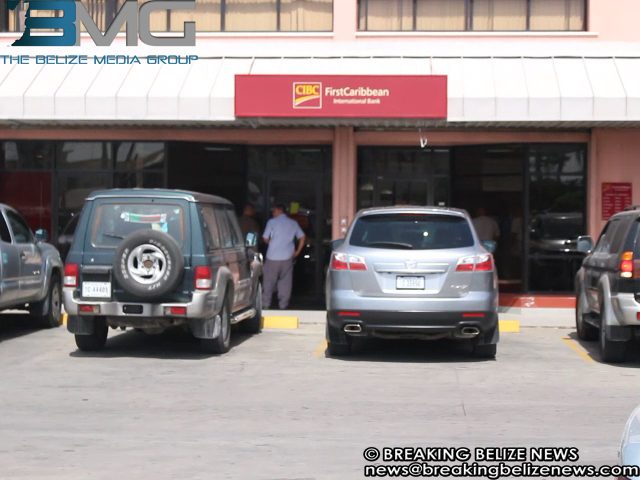 Friday, July 31st, 2015. Aaron Humes Reporting: On this last day of July, a Friday, thousands of Belizeans line up at the banks to collect their pay and pay their bills. 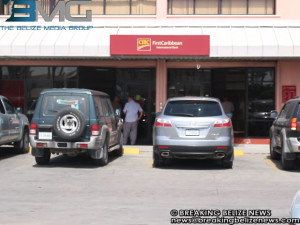 Taking advantage of the hectic situation, a group of individuals in Belize City decided to try to make some money the easy way, by robbing a bank.

They chose the First Caribbean International Bank branch in San Cas Plaza between the Philip Goldson Highway and Belcan Bridge. Around eight forty this morning they struck. An eyewitness, Lloyd Neal, who lived through the ordeal, spoke to reporters.

He said he did not see when anyone came in because he was busy joking around with fellow customers, discussing current events on television. But all the laughter stopped when the robbers ordered everyone on the ground and jumped the counter to go after the money.

According to Neal the robbers, about five of them, moved precisely and quickly and did not attempt to hide their faces. They searched the security officers for weapons but did not harm customers. However, according to a press release issued this afternoon by the Christian Workers Union (CWU), one staff member was injured and had to be taken for treatment. 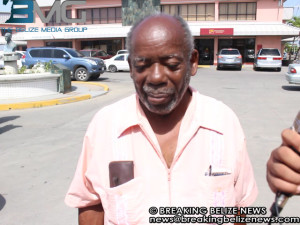 CWU president Audrey Matura Shepherd was quoted as saying the following: “Thank God no Staff or Customers were seriously injured during this morning’s armed robbery of the CIBC FirstCaribbean International Bank, Belcan Branch.

She went on to say, “I condemn in the strongest possible terms this brazen, mid-morning armed robbery of the Bank. I hope anybody with information leading to the arrest and conviction of those responsible for this outrage assists our law enforcement authorities.”

At their afternoon briefing, police, after speaking to customers and bank staff at the scene and reviewing surveillance footage, said they had detained three persons pending continued investigation and likely charges, but were not able to say how much money had been stolen.

llips said the arrested persons are from across the city and well-known to police. But he could not confirm alleged gang ties as reported.

The police have a booth sitting at the foot of the overpass next to the Belcan Bridge. The single officer stationed at the booth claimed not to have been aware of what was happening until it was all over. Superintendent Flowers says he will investigate this further, but that officer has been told to be more vigilant.

Police say at least three of the accused robbers were armed but no firearms have been recovered so far. Also the vehicle used in the incident, a green van, is still at large.