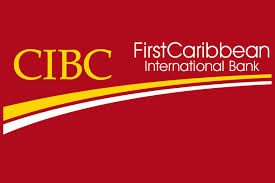 Monday, August 3rd, 2015. Aaron Humes Reporting: Late this evening the Christian Workers’ Union (CWU) confirmed plans by CIBC First Caribbean International Bank to sell its Belize operation to Heritage Bank of Belize. The local management, after meeting with the Union who represents the bank’s employees, is meeting at present with the employees themselves.

According to the CWU in a press release issued this evening, quote, “The bottom-line

is that CIBC is leaving Belize and once all the statutory and regulatory obligations to effect the sale are finalized, all employees will become redundant.

As Rik Parkhill, Chief Executive Officer of First Caribbean International Bank explained, all current employees will be terminated as this is an asset sale only.  This translates to some 60 employees left without employment as CIBC is not being merged nor consolidated with Heritage Bank, which on its own accord may elect to hire CIBC employees on a needs basis.

All employees are expected to remain fully employed until the sale is final, which may take another three-four months.” End quote.

The Union says CIBC avoided the question but now that the sale is confirmed they will be working on exit packages for all employees to cushion their fall from the ranks of the employed. It says that starting on Thursday, negotiations will begin on a long overdue collective bargaining agreement to be retroactive to January 1, 2014 and thereafter will work on redunancy packages; it is waiting on CIBC’s offer to consult with members.

Starting this Thursday CWU will enter into negotiations with CIBC to work on a long-overdue Collective Bargaining Agreement (CBA) to replace the one which expired December 31, 2013.  All benefits negotiated under this new CBA will be retroactive to January 1, 2014. 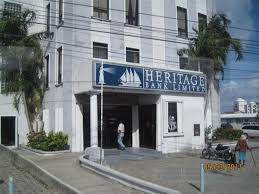 Thereafter, CWU will further negotiate the redundancy package for the employees and has asked CIBC to present their offer as soon as possible so its members can be consulted.

Members have been told to remain in service to the Bank and its customers and do their best to assist in the transition, as well as to remain united as this is their best chance at receiving proper compensation for their services.

The sale ends a torrid time for CIBC First Caribbean since it took over from Barclays Bank several years ago.

Its branch at San Cas Plaza was robbed twice, most recently on Friday, and the Bank came under fire after a Garifuna employee charged discrimination by a supervisor who would not allow her and other employees to speak the Garifuna language to customers.