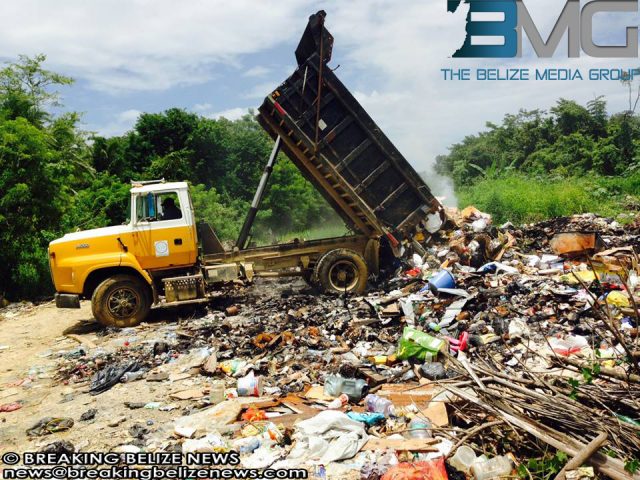 Monday, August 3rd, 2015. Chrisbert Garcia Reporting: Punta Gorda Mayor, Her Worship Fern Gutierrez, has suggested that residents of the town present strategies for addressing the dumping of garbage along the roadside at the Town dumpsite four miles out of P.G.

According to the Mayor, although the dumpsite can be a pollutant to the nearby river and the garbage is indeed dumped on the side of the road, the PGTC spends a lot of funds maintaining the site and pushing back the garbage away from the road side as often as possible.

Later this week, the council will be doing another cleaning and maintenance of the dumpsite, again using Punta Gorda tax payers’ dollars, although the site is used not only by residents of Punta Gorda but surrounding villages; the council, she stated, has to do the best with the funds it has.

The dumpsite is designated for use not only by the PGTC, but by all surrounding villages of that area to dispose of garbage. Furthermore, she said, attempts have been made in the past to relocate the dumpsite, each time being met with objections from members of the community.

Mayor Gutierrez said that it is not progressive for people to remain on the outside and create spectacles of issues like the dumpsite that they themselves use.