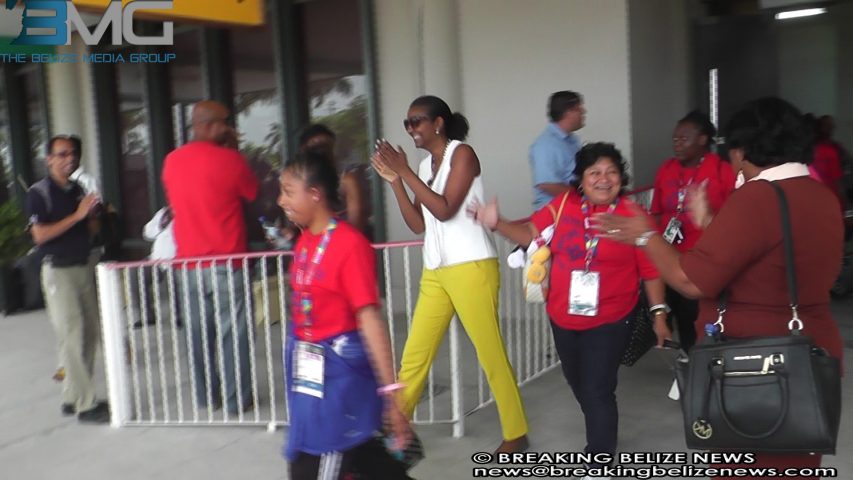 Ana Emmanuel, Jasmine Flores, Jayna Locke and Ilda Romero placed second in the unified team category in the world’s third largest participant sport – bocce. What is bocce, you ask?  It is an Italian game similar to lawn bowling where a special ball is rolled closest to the target ball, which is called a pallino.

At the end of each frame (when both teams have exhausted all balls), points are awarded to the team whose balls are closer to the pallino than the closest ball of the opposing team. With that explanation out of the way we introduce you to two of the participants.

Both Ilda Romero and team leader Jasmine Flores say they loved the experience and thoroughly enjoyed representing the Jewel in L.A. after 9 months of practice at home.

The girls also did well in individual competitions. Flores and Romero teamed up for second-place in the unified doubles category and Flores and Emmanuel finished fourth in their division in the singles events.

Special Envoy for Women and Children Kim Simplis Barrow and Prime Minister Dean Barrow were on hand for the opening in Los Angeles and Mrs. Simplis-Barrow says it is a breakthrough for special needs children in Belize who are often forgotten.

Also on hand at the airport was Minister of Education, Youth and Sports Hon. Patrick Faber who skipped Cabinet to show his support.

The medalists were hosted at a luncheon at the Inspiration Center later in the day.