Sugar farmers are told to prepare for lower prices

Diarrhea cases up in northern districts 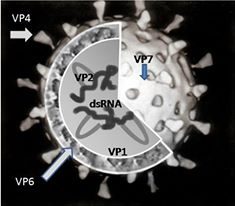 According to CTV3 News, Doctor Kent Novelo has come across several cases where his patients presented the symptoms of the rotavirus, one of the most common causes of diarrhea and severe infection that leads to severe, dehydrating diarrhea in infants and young children. 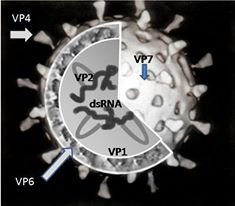 Rotavirus is the most common cause of severe diarrhea among infants and young children. It is a genus of double-stranded RNA virus in the family Reoviridae. Nearly every child in the world has been infected with rotavirus at least once by the age of five.

Immunity develops with each infection, so subsequent infections are less severe; adults are rarely affected. There are eight species of this virus, referred to as A, B, C, D, E, F, G and H. Rotavirus A, the most common species, causes more than 90% of rotavirus infections in humans.

The virus is transmitted by the fecal-oral route. It infects and damages the cells that line the small intestine and causes gastroenteritis which is often called “stomach flu” despite having no relation to influenza.

In addition to its impact on human health, rotavirus also infects animals, and is a pathogen of livestock.

Rotavirus is usually an easily managed disease of childhood, but worldwide more than 450,000 children under five years of age still die from rotavirus infection each year, most of whom live in developing countries, and almost two million more become severely ill.

Treatment of acute rotavirus infection is nonspecific and involves management of symptoms and, most importantly, maintenance of hydration. If untreated, children can die from the resulting severe dehydration.

Depending on the severity of diarrhea, treatment consists of oral rehydration, during which the child is given extra water to drink that contains small amounts of salt and sugar.

In 2004, the WHO and UNICEF recommended the use of low-osmolality oral rehydration solution and zinc supplementation as a two-pronged treatment of acute diarrhea.

Some infections are serious enough to warrant hospitalization where fluids are given by intravenous drip or nasogastric tube, and the child’s electrolytes and blood sugar are monitored. Rotavirus infections rarely cause other complications and for a well-managed child the prognosis is excellent.