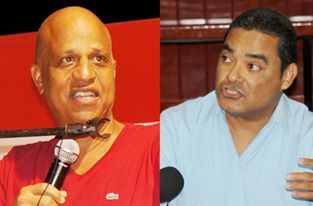 Friday, August 7th, 2015. By Delroy Cuthkelvin: The leaderships of both major political parties these days appear to be stuck in their ways and resistant to meaningful change. In the case of the UDP, it is understandable, as the party has been scoring success after success at the polls. As the saying goes, “If it ain’t broke, don’t fix it.” 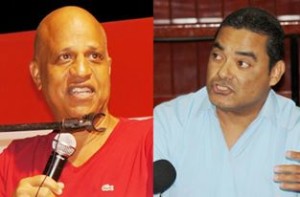 With respect to the PUP, it’s much harder to comprehend, as that party has lost a string of elections, with no visible end in sight. The best and most often repeated definition of insanity, widely attributed to Albert Einstein, is, “Doing the same thing over and over again and expecting a different result.”

Where the Opposition is concerned, we will readily accept that its internal affairs is, strictly speaking, its own business, and if we were told to stay out of it, we would have to comply; although, in a larger sense, the state of the PUP is everybody’s business, as the Opposition is a key component of our democracy, one of its primary functions being to keep the Government in line.

For the current Opposition to be able to do this effectively, it must regain, or at least approximate, the strength it once had as a political force. This, evidently, is heavily dependent on the quality of its leadership. It is therefore incumbent on the PUP leadership to hear and heed the call for change from the dissenting elements within, particularly those with the proven ability to win elections in their respective localities. After all, considering its current state of affairs, the PUP has no rational alternative.

As to the UDP, the case for change might not seem as compelling; but it is just as essential, perhaps more so, as there is too much to lose, considering all that is being achieved for the Country under this administration. Physical development is ultimately and fundamentally about the People.

Ironically, it could well be that the party which has accomplished so much on the ground, is sacrificing too much of the democratic principles from which it derived its mandate to do good and its moral authority to dispel evil.

The strong leadership of the UDP has, admittedly, been a key ingredient of this administration’s remarkable success. History, however, has taught us that success can easily breed arrogance; and the Good Book cautions us, “Pride goeth before destruction, and an haughty spirit before a fall.” It happened to the PUP after 2003; and by 2008, like mighty Babylon, the great Blue Machine had fallen.

Whether or not they have learnt their lesson is left to be seen. As for us, we have invested too much of our life and skill in the UDP to not take it upon ourselves to do all we can to ensure our party’s continued success, and to guarantee the kind of long-term effectiveness that is fundamentally predicated on our adherence (or return) to the core principles and ideals of Democracy which, in order to remain relevant, must constantly be expanding, deepening and adapting to the demands of the People.

Change itself is an unstoppable force. Those who resist it will inevitably be changed!