Dengue on the rise as Health Ministry issues warning 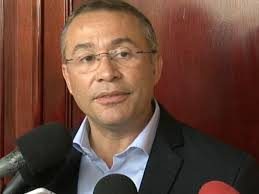 Friday, August 7th, 2015. Aaron Humes Reporting: Rice, a national staple, still sits at $1.15 per pound several months after a bold challenge by importer Jitendra Chawla (“Jack Charles”) to local rice producers in which he threatened to bring in cheaper Guyanese rice for sale. 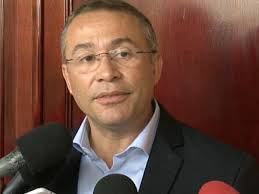 The local producers say they and consumers are being ripped off by the local grocers that control rice sales.

The Government promised to intervene within a month of the story breaking but most of the movement since then has been behind the scenes, according to CEO in the Ministry of Trade Mike Singh.

A committee has been formed involving members of the Bureau of Standards, Consumer Protection Unit and the Ministries of Trade and Agriculture. According to Singh, the farmers have been presented with Government’s calculations for the cost of production and basis for prices. They will respond by mid-September at which time the prices will be set.

Singh explained that what he calls ‘social rice’ or ‘basic rice’ will see price protection, while ‘value added rice’ – special types such as brown, unbroken or long rice which are higher grade, will be set at market value by farmers. The standards and labeling requirements must also be defined and the relevant law adjusted.

Singh told 7 News that he expects the pressure to bring in competition will continue, but that Belize will not open itself up to being a dump for Guyanese rice.

Singh also reported that grocers will not be allowed to repack rice for sale, to avoid cheating on the amount of rice sold. Packaging will only take place at the factory, with nutritional details added.

The public is reminded that they must report any issues of violations to the Consumer Protection Hotline which is 0-800-283-5587.