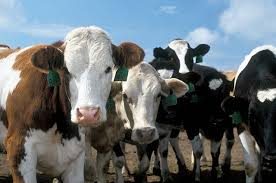 Friday, August 7th, 2015. BMG: Yesterday, August 6, a memorandum of understanding was signed between Belmopan Police and the Belize Livestock Producers Association (BLPA) to give officers a $5,000 reward for the conviction of cattle thieves.

This signing comes after beef prices rose significantly and it was noticed that along with the rise in price, there was also a rise in cattle theft.

In an effort to prevent farmers from losing their cattle, the BLPA has agreed to pay $5,000 to any police officer for the conviction of a single cattle thief, an agreement which will be valid until July 31, 2016.

To not leave out the officers in the rest of the country, it was decided that the agreement would be extended countrywide, meaning that any officer in any district, town or village will be given $5,000 for the conviction of a cattle thief.

Although it is the police’s job to investigate crime such as cattle theft, it is believed that this reward will motivate officers even more, to track down these offenders and ensure that they are convicted for their actions.