Mennonite businessman charged over sex offenses is given bail

Friday, August 07, 2015. Aaron Humes Reporting: A Mennonite businessman from Shipyard accused of sexual assault and attempted unlawful sexual intercourse, allegedly with a girl half his age, has been given bail of $10,000. 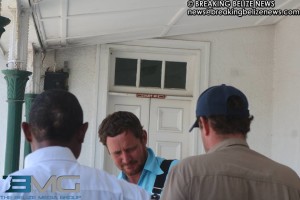 29 year old Peter Letkeman was charged following a report that he inappropriately touched a 13 year old girl’s private area then attempted to have intercourse with her on July 19.

The married father of six was told by Justice Herbert Lord to hand over his travel documents, report to Orange Walk police station every Monday, Wednesday and Friday, appear at his next court date of September 8 and every one thereafter until the conclusion of the case and that he does not communicate, interfere with, or go near 100 yards of the complainant and other prosecution witnesses.

Letkeman was represented at the bail petition by attorney Oswald Twist.