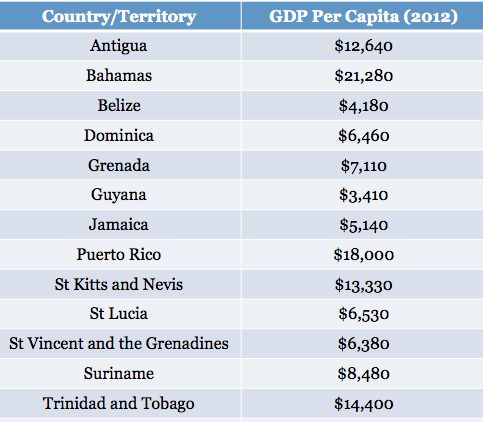 Sunday, August 09, 2015. BMG: The World Bank’s 2014 World Development Report, which includes data on gross domestic product (GDP) per capita, lists Belize among countries with upper middle class incomes at $4,180. (The figure dates back to 2012; more recent estimates by the World Bank and IMF have raised that figure to between 4,700 and 4,800.) 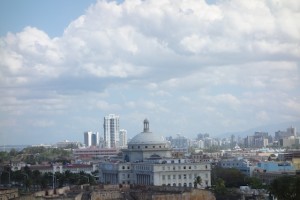 The gross domestic product is the total value of goods produced and services provided in a country during one year; measured per capita, it is divided by the country’s population and used to rank relative economic performance.

So put another way, each of the approximately 330,000 Belizeans living here produced about $4,180 each in goods and services at the time listed.

According to the Caribbean Journal, the Bahamas, which relies mostly on tourism, is richest by GDP per capita at $21,280. Puerto Rico, a U.S. territory, follows with a GDP per capita of around $18,000. Trinidad and Tobago is next at $14,400, followed by St Kitts and Nevis, which, despite being the smallest country in the region, has a per capita GDP of about $13,330, according to the data. 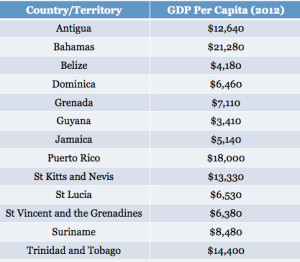 The Journal writes that some Caribbean countries have urged multilateral lenders such as the World Bank and IMF to stop classifying these countries as middle to high income, which can prevent access to funding. They argue that the numbers are not necessarily a reflection of development or lack of poverty which is common in these countries – Belize’s poverty rate sits around 41% as of 2013.

The report did not include specific data for the region’s other countries, including Cuba, Dominican Republic, Barbados and Haiti, along with overseas territories and departments in the Caribbean was not included in the World Bank’s report. It did, however, place them in bands based on estimated GDP per capita.

Barbados is ranked as “high income,” meaning a GDP per capita of at least $12,616). Cuba is ranked as upper middle income (between $4,086 and $12,615), as is Belize. Aruba, Curacao, the Cayman Islands, St Maarten, St Martin, the Turks and Caicos Islands and the US Virgin Islands are ranked as high income.

No data was released on the Dominican Republic or Haiti in the report.