Weather improves but showers on the way

Is Belize one of the countries on the brink of Bankruptcy?

Monday, August 10, 2015. BMG: Belize has been included in the “rogues’ gallery” of countries on the brink of default according to the ratings of Moody’s Investors’ Service, as reported by USA Today and business partner 24/7 Wall St. 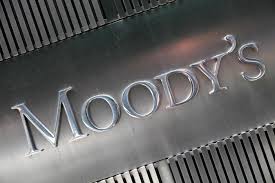 While Moody’s recently issued a report listing Belize’s credit rating as stable, it raised concern that coming events such as the expected repayment of compensation for nationalization of public utilities and continued debt servicing on the “Superbond” would wipe out continued economic growth.

Belize sits in the middle of the pack, ahead of Belarus, Argentina and Jamaica in that order, and trailing Venezuela, Greece and Ukraine in that order.

Its Government debt in 2015 is 75.7% of GDP. The report notes that total debt of $540 million was mostly borrowed for infrastructure projects, and that an inability to make a $23 million bond payment three years ago this month prompted a steady decline in credit ratings, which only recovered following restructuring of the debt undertaken by Prime Minister Dean Barrow in his second administration. This restructured “Superbond” goes until 2029.

The report notes that there are other intervening factors such as political conflicts driving the financial outlook of these seven nations.