Prime Minister returns to the country after business trip to Miami; who are the new investors? 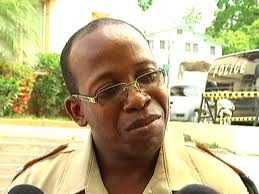 Monday, August 10th, 2015. Aaron Humes Reporting: Coming none too soon after a shooting incident last week and months of back and forth that has resulted in multiple deaths and injuries, the previously warring elements residing on and around Jane Usher Boulevard were brought together in a peace initiative organized by the Police Department.

Similar to last month’s effort in the Ghosttown area, there was a family 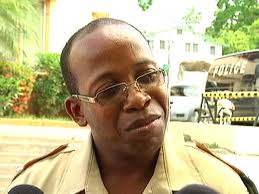 day complete with sports, food and music. Senior Superintendent of Police Chester Williams, officer commanding Eastern Division (South), took off his police hat to speak to the press, repeating that this was an opportunity not only for the community and youth but for all of society to begin to heal.

Williams acknowledges that consistency is the key to maintaining this effort: there was a follow-up meeting in the Mayflower/Ghost Town section on Friday that was well attended and the Department will establish a full Neighborhood Watch and Cadet Corps as well as smaller local events to bridge the gap between the warring elements, as well as between the community and the Police.

Williams posted on Facebook recently complaining that certain elements within the Police Department are undermining his efforts. He told us that he has mended fences and is focusing on moving forward with this initiative.

Williams also commented on the very tough nut to crack that is the infamous George Street gang. After two meetings there is some progress, but the problem there, he stated, is the trouble George Street causes elsewhere, and not on their own turf.

From the perspective of youth counselor and Director of the Youth Apprenticeship Program, Diane Finnegan, the key is making the youths the center of the initiative – and keeping them informed and enlightened.

She called on area representatives to take up the initiative as part of their ongoing political campaigns.

The event took place at the community basketball court.