Scotia Bank and Ministry of Education team up on book drive 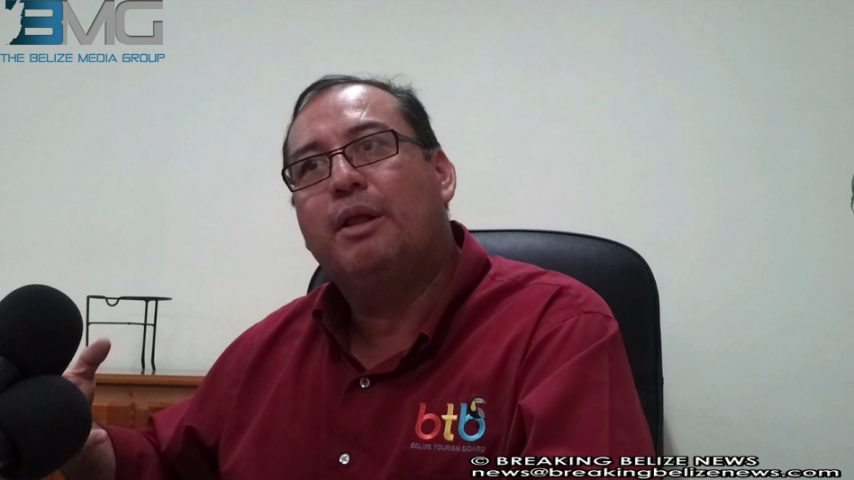 Ahead of the high season, Carnival informed that two of its ships which

make multiple stops in Belize throughout the year would not be calling this year – a total of 14 calls lost out of about 300. So were the reports of millions in lost revenue and imminent trouble in the industry justified and accurate?

No, according to Director of Cruise Operations and Destination Planning, Valdemar Andrade, who hosted the press this afternoon. Carnival’s decision was one of many it makes as it shuffles its “high season” schedule and there are others ready to take up the slack. Any losses would be determined by December when the final schedule is out.

Andrade says the BTB and cruise lines regularly correspond and other issues mentioned in the COLA press release such as tendering and treatment of visitors coming off the ship are noted but not considered deal breakers for their continued business here.

But the Board is working on changing Belize’s image on the ground in the Fort Street Tourism Village, starting with tour guides. 67 guides have specialized licenses to work in the Zone and more guides will be trained in the coming year.

The training covered topics such as Entrepreneurship, Marketing your Product, Customer Service, Understanding your Customer, and Sales Techniques. Comprehensive enforcement was carried out as of August 1st 2015, where only fully license guides are allowed to now participate in the Fort George Tourism Zone.

While BTB continues to support a proposed cruise port, the ongoing litigation makes it difficult to see when that will come on-stream. It looks increasingly likely that it will not be this year as promised by the Prime Minister. But the Harvest Caye project is under full steam and will be completed by next February.

According to Andrade stakeholders are soon to meet on consultations regarding regulations for the million-dollar industry which may become legislation. The Cruise Ship Passenger Tax also known as head tax has been legitimized and the Board’s portion is being used to further fund industry development.