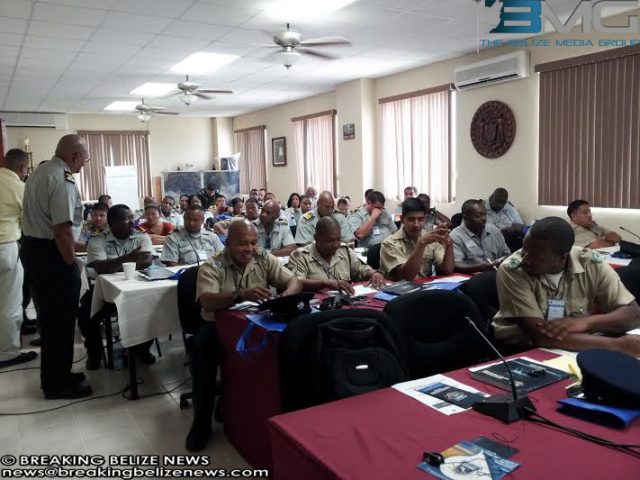 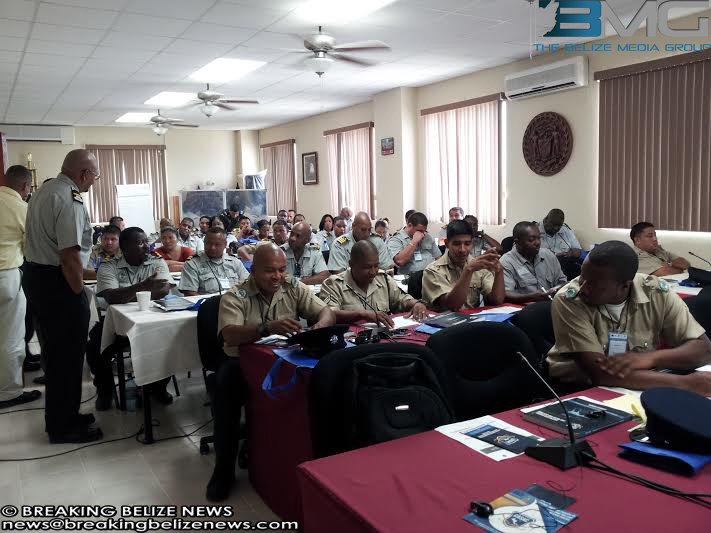 for police and customs officers, on the proper identification of fire arms and their parts in containers and luggage.

Seems simple, but with the country overrun by firearms the main law enforcement authorities are aiming to stop any more from getting in illegally to criminal elements. Chief trainer from the CASAC program – Central American Program for the Control of Small Arms and Light Weapons, Rafael Donis, says the primary target are the smugglers and bankrollers of illegal weapons who hide these inside suitcases and luggage to get them into the country without being detected.

According to Donis those who carry personal weapons such as bodyguards should not be affected as long as they follow proper procedure.

From the Customs perspective, Comptroller Emil Grinage says they deal regularly with importers of firearms and this is about catching suppliers to the underground. Officers will

For a police perspective, Andres Makin, Superintendent of Police in charge of the “dangerous goods desk” including firearms and explosives, says the Department is primary on the frontline in this fight and their officers need the training and experience.

Next week there will be a similar conference for the country’s judicial element such as magistrates and Supreme Court justices on tightening laws relating to firearm possession and distribution.