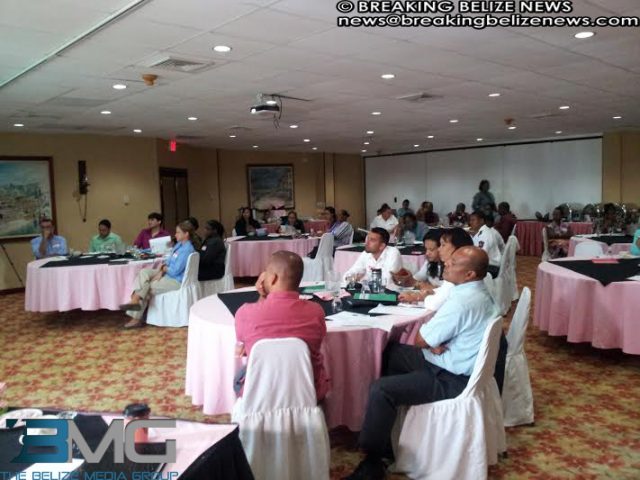 Wednesday, August 12th, 2015. Aaron Humes Reporting: Recognizing that business are threatening to leave the Old Capital and indeed other municipalities because they believe they are being unfairly squeezed and soaked by the City and Town Halls for money they

Mayor of Belize City Darrell Bradley has proposed to cut fees by 50% to 12.5% of revenue based on volume of business no matter what size. He told us today that this is only a first option while other issues with the system are being resolved.

But contrary to what the Mayor told us last week when he said that the Chamber of Commerce was ‘on board’ and in agreement with this proposal, Chamber president Arturo Vasquez is not sure a reduction in rates is enough.

In addition to other proposed reforms, Vasquez says the Chamber’s members would prefer a structured system where each business pays according to its size. They also insist on some level of reform.

Leidi Urbina, CARILED National Coordinator from Orange Walk, says that in the end it is all about ease of doing business. They will help municipalities build a help desk for businesses to receive important assistance.

No time line has been given for any planned implementation.