UPDATE: Two injured and one dead in fatal traffic accident

The ceremonies were carried out on the grounds where construction is soon to commence. T 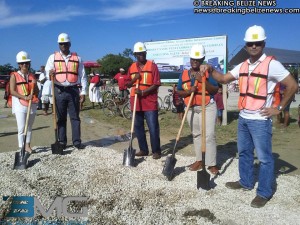 his project began late last year, when the decision was made to demolish the old standing structure, as it was seen as a safety hazard due to its age and condition.

Even though the demolition came with a lot of criticism, the Mayor of Punta Gorda Fern Gutierrez and the UDP Standard Bearer for Toledo East, Peter Eden Martinez, promised that the residents of Punta Gorda would receive a state of the art facility capable of hosting thousands for any event.

The funding for this project, is coming from the Petro-Caribe loan. The press release from Belize Infrastructure Limited (BIL), mentioned that the cost for this project, will be $3,190,063.47. BIL’s release also stated that the design phase for the complex has been completed and the contract had already been awarded to accomplished contractors. 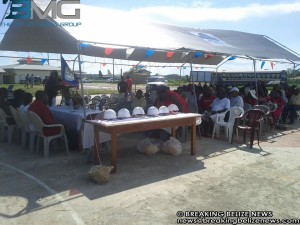