One dead and several injured in a fatal accident 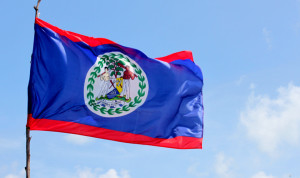 Monday  August 17th, 2015.  Aaron Humes Reporting: In its post-mortem of yesterday’s journey to Sarstoon Island in the Sarstoon River in the Toledo District, Belize’s National Security Council has confirmed that there was no “major incident” to report and that “no misadventure overtook the hundred-plus Belizean men, women and children that journeyed to the Sarstoon Island with the Belize Territorial Volunteers”.

In the Council’s press release, its second in three days, appears to suggest that the Belize Territorial Volunteers is to blame, however inadvertently, for attempting to approach the island via the south channel of the river.

The Council cites information confirmed by the Organization of American States’ (OAS) force present that four of the BTV’s boats approached via the south channel, confirmed to be Guatemalan territory; it says that its “diplomatic safety net’ built with key allies prevented major fallout. It once again reiterates that any assertion and maintenance of sovereignty over Sarstoon Island and that portion of the river in Belize is best left to Belize’s military and diplomatic personnel.

Reports from the area suggest that the Guatemalans, attempting to keep the boats from reaching the island, actually crossed into Belizean territory (the north channel of the river), holding them off.

We will have more on this story in the coming days.