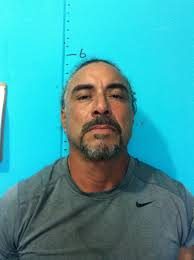 on the San Lorenzo Road in May 2015, had their charges dropped for lack of evidence.

The sugar producer lost 700 tonnes of un-harvested sugar cane valued at $50,000 when the fields were set ablaze by an unknown person or persons.

Police accused Vasquez and Alpuche after finding a rear view mirror housing at the scene which they said fit Ramon Cervantes’ vehicle, and also offered a serial number match. They also said they had seen both men in Cervantes’ vehicle some time before the fire.

However, in leaked information to media houses including PLUS News, the Crown Prosecutor in the office of the Director of Public Prosecutions in Orange Walk Town cites contaminated evidence and lack of witnesses among the reasons why it declined, for now, to take the case to trial.

The report states that there is conflicting information about where the mirror was found. Worse, it is alleged that no

usable fingerprints could be lifted from the mirror as other persons had come into contact with and contaminated possible prints.

It is alleged that the mirror was removed from the scene, taken to the Orange Walk police station and placed on a vehicle in custody before being removed and returned to the scene where it was photographed.

The only link to the vehicle in which the accused are said to have been at the time is therefore useless.

Additionally, there are no witnesses identifying the vehicle as having been the same vehicle at the scene of the fire, nor are there any witnesses directly identifying Vasquez and Alpuche as the arsonists. The DPP’s office directs further gathering of evidence before re-laying charges.

Efrain Alpuche has said he is considering taking action against the Police Department.