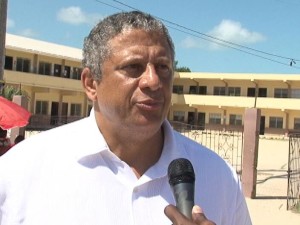 eld the second stage of its national tour in the Toledo District.

Conspicuous by their absence were those standard bearers who have demanded a greater voice in party affairs. They have called for a National Convention to be held soon, for more national consultations on party policy and a restructuring of the National Executive of the PUP.

One of those representatives is Dr. Francis Smith of Pickstock, who hosted the press in Belize City on Sunday morning, a few hours before the PUP’s Toledo event. He explained that part of the reason why he did not attend is financial – but also pointed out that “genuine consultation” where supporters talk directly to their leaders may be drowned out by the din of die-hards.

Dr. Smith says his views are shared by several fellow dissidents including former leader John Briceno and the man some have touted as a potential leader, Cordel Hyde.

But he insists that the loose-linked so-called “Group of 12,” whose numbers actually fluctuate, is not intent on destroying the party, but making it stronger from within, by bringing the concerns of a wide section of the electorate to the table at Independence Hall.

The group has met with PUP leadership several times and the latest such meeting took place on Friday. Dr. Smith says they have put their proposals on the table and received the counter-proposals which they are now considering.

But, how does a group not intent on seizing power for themselves measure their end result? Dr. Smith says the experience is fine for them.

The party leadership is expected to respond at Tuesday’s press conference at Independence Hall scheduled for 10:00 a.m.