16 year old recovers from gun shot at the KHMH

Government reaffirms sovereignty over half the Sarstoon River 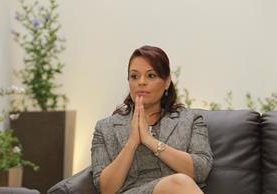 Friday, August 21, 2015. BMG: Roxanna Baldetti, the former vice president of the Republic of Guatemala, has been arrested following a warrant issued by the Supreme Court on charges of illegal association, special case of racketeering, immigration fraud, and passive bribery.

Meanwhile, her former boss, Otto Perez Molina, narrowly avoided trial himself after the Guatemalan Congress decided against stripping his immunity last Thursday, halting a move to strip his protections and force him to face trial for corruption as demanded by the public prosecutor. 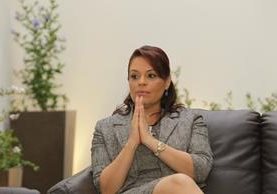 Baldetti is among 27 persons detained in connection with the La Linea corruption scandal. She was in hospital for treatment around 9:15 Friday morning when police visited her bed at the local medical center.

Police are looking for Baldetti’s ex-personal secretary, Juan Carlos Monzón, who is on the run.

Mario Cano, Baldetti’s attorney, states that whilst she was hospitalized, it was unnecessary to order her arrest, as she would have appeared in court to testify if she was summoned.

According to the attorney, the arrest warrant has violated her constitutional rights to defend herself, as ex-vice-president.

Cano further states that Baldetti suffers from gastrointestinal and heart ailments, and uses a medical device called Holter, that is used to continuously monitor her cardiac rhythm.

Members of the movement “Cadenas por Libertad” arrived at the medical center burning fireworks and demanded that the ex-public officer was taken to Court. 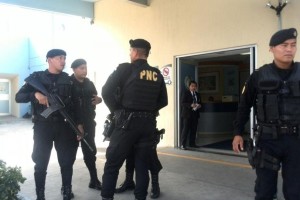 Guatemala’s forfeiture court ordered the seizure of 8 farms with a total extension of 114,467.68  square meters or some 11.4 hectares, property of Mariano Donald Paz Montes, Baldetti’s husband, including their mansion, La Montagna, located in Tecpán Guatemala, Chimaltenango.

According to the General Registry of Property, the other 7 properties are in that department but they don’t have precise locations. According to the public prosecutors investigations for money laundering, Paz Montes bought properties in only 6 months during 2008 and also as recently as the end of July.

Baldetti was referred to in telephone conversations among participants in the scheme by the nicknames La R, La 2 or la Señora. Her husband faces a 100,000 quetzal bounty for capture after failing to return with her from an overseas trip.

The illegal structure was controlled by public officers and private personnel, and according to investigations, a group of importers had contacts within the Customs Department that helped to reduce duty tax to be paid.

The products that illegally entered the country originated in Asia and textiles were the most imported.

During the investigations that ran from May 2014 to February 2015, they imported at least 500 containers, which indicated the high income for those in the illegal structure.

The illegal structure were able to obtain profit by controlling the ports of Puerto Quetzal, Santo Tomás and Central Customs.