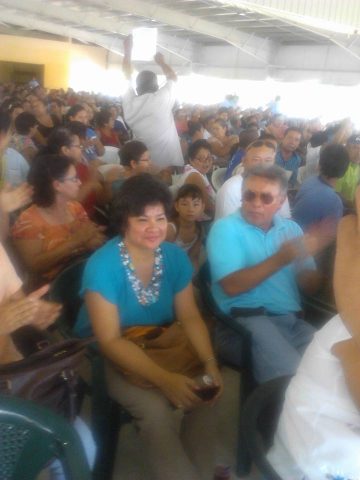 Saturday, August 22, 2015. BMG: Former General Manager of La Inmaculada Credit Union in Orange Walk Town, Yolanda Gomez, is present at the special general meeting called by the Board of Directors today at the Muffles College Auditorium. 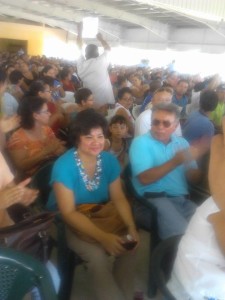 This is contributing to a tense atmosphere among member-owners of the Union present to hear a report from the institution’s board of directors on the outcome of an investigation into allegations of fraud, forgery and other misdeeds allegedly committed by Gomez.

The meeting was requested by members who signed a petition in June of this year. A statement from the institutions board of directors indicated that the delay of the meeting was due to an internal investigation by the Central Bank after allegations of fraud and forgery surfaced against Gomez.

Since then, Gomez who was tight lipped on the onset of the investigation, has gone on record to state that she categorically denies all allegations.

Gomez added that the institution is trying to tarnish and destroy her 24 years of service and taint her reputation as a professional. The day’s agenda includes a report on her termination, which increased the tension of the membership. Other matters to be discussed is the audit report and the issuance of dividends.