Deputy ComPol in lawsuit over accident 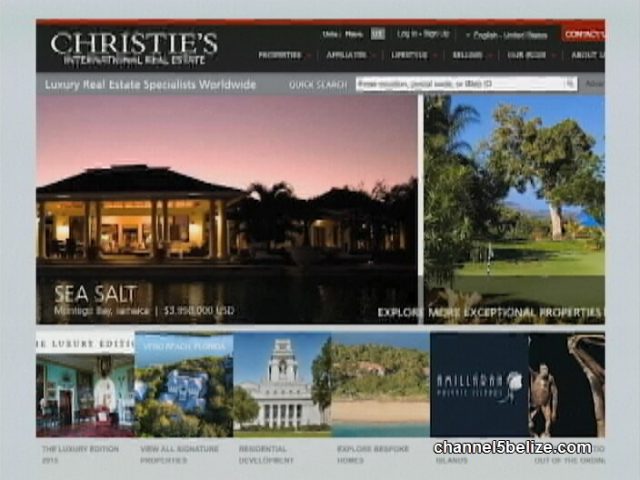 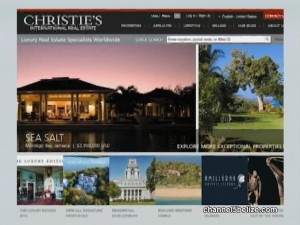 President of the San Cas Group, Lorena Gomez, told News 5 that they are starting with their own properties on the north end of Ambergris Caye, with price tags of over a million and a half in Belize dollars. Rick Moeser, Senior Vice-President of Christie’s, additionally explained: “We’re always looking for the next best thing.

Most of the Caribbean has been done, most of this coastline – Tulum to the north and Mexico has been done, and it’s Belize’s turn, in our opinion, to be the next best place to go. And we want to be involved from the ground up to take this market for the next twenty or thirty years…It’s going to bring a whole different set of eyes to Belize – investors looking for property…not just residential but for commercial development. You’ve got some of those pristine, beautiful beaches and landscape in this whole part of the world and it has that appeal for the Caribbean customer and also that Latin American person so it’s the best of both worlds.”

Moeser says Belize’s developing character makes it attractive for those who want “raw land” to hold or build on, particularly tourist properties. Many of their targets already have more than one home but are drawn to the low prices and high amenities that develop their investment.

Santiago Castillo, Jr., is both principal of the San Cas Group and Minister of State in the Ministry of Finance and Economic Development, while his mother Addy Castillo is overall chief executive for San Cas. They say the country can only benefit from the entry of a high-level player like Christie’s. And it’s good for the San Cas Group too, because increased competition has brought with it the need to diversify.

According to the Minister of State, “The advantage we have is that my brother Gil has been in the real estate business for a while, and that is why he returned to Belize after being away for some years and he will be running San Cas Realty – Christie’s International Real Estate, and already you can see when you arrived at the San Pedro Airstrip, we are building a commercial centre here, the San Cas Plaza here in San Pedro. It will be strictly for rent.

That is one of the first projects we are doing as the San Cas family because we feel that it is time to diversify.”

Mrs. Castillo admits that, “…business has not been easy at all. There is much more competition in our business and I am sure you know that. The Chinese are taking over Belize when it comes to our type of business, and to fight them is not easy.

But guess what…we are not going to throw in the towel. And we are fighting them and we are going to be very successful.” She adds, “When you know how to run a business it doesn’t matter what business you run, the fact remains that your skills are there and you know what you’re doing, and that is important to run any business at all.”

The company will be in direct competition with another prestigious brand which recently came to Belize – Sotheby’s – an art auction house which also made the transition into real estate.