Canadians get ready for Jaguars in World Cup qualifiers 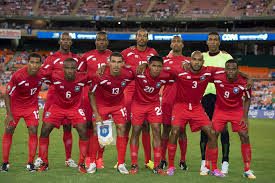 Thursday, August 27th, 2015. Aaron Humes Reporting: The opponents of Belize’s national football team in the third round of the FIFA 2018 World Cup Qualifiers have selected what they call an experience side and say they will not take Belize lightly.

Canada, who advanced to this round by dispatching Dominica, are in training for their

first leg at BMO Field in Toronto on September 4.

“I think that Belize is going to try to play a counterattacking style,” said head coach Benito Floro, speaking to the official Team Canada website. “We need to have a good level over the two games against them.”

Following the home leg, Canada visits Belize for the second leg that takes place at FFB Field in Belmopan on Tuesday, September 8.

The winner of the series moves into the fourth round in November, to face Mexico, Honduras, and the winner of another third round tie between El Salvador and Curaçao.

“We need to maintain our concentration against Belize,” said Floro. “It is very important to score goals and continue our strong play at the back. We consider that this is a good team and we must treat them with respect because in eliminatory games like this there are no small teams.”

The two teams last met in June 2004 during qualifying for the 2006 World Cup in Germany. Canada won on 8-0 aggregate with both matches taking place in Kingston, as Belize didn’t have a suitable facility to host a game at the time.