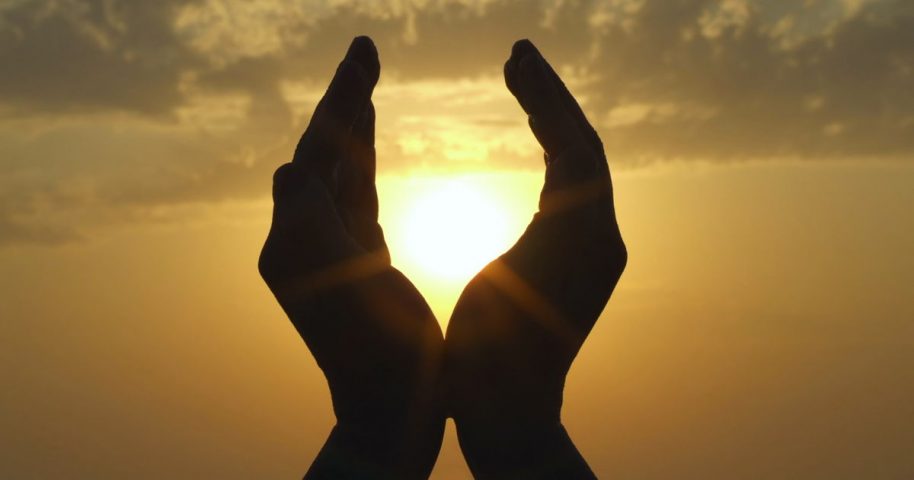 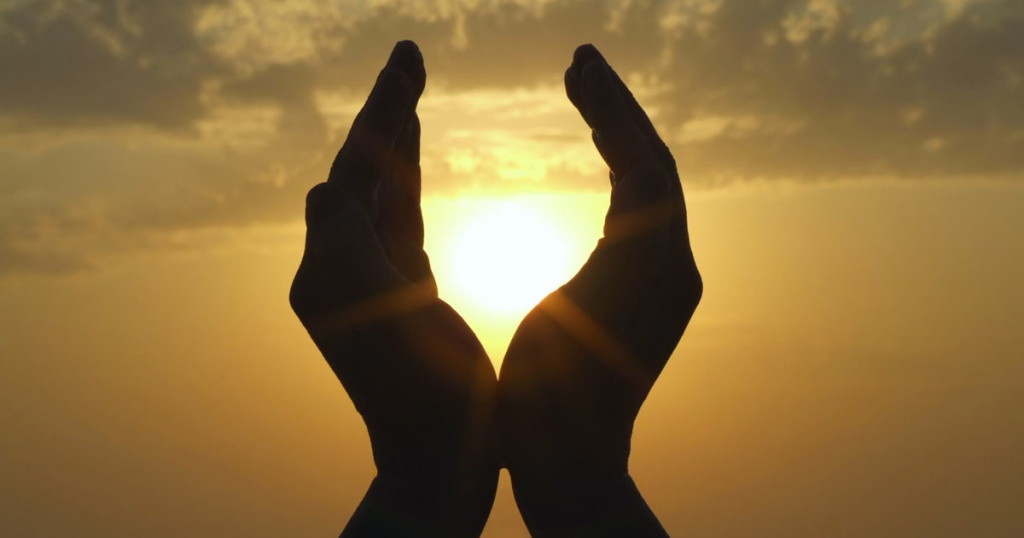 Roseto Valfortore lies one hundred miles southeast of Rome in the Apennines foothills of the Italian province.

Centuries, the paesani of Roseto worked in the marble quarries in the surrounding hills, or cultivated the fields in the adjoining valley below, walking four and five miles down the mountain in the morning and then making the long journey back up the hill at night.  Life was hard.  Most were barely literate and desperately poor and did not have much hope of economic betterment until word reached Roseto at the end of the nineteenth century of the land of opportunity across the ocean.

In January of 1882 the first group of Rosetans set sail for New York.  They spent their first night in America sleeping on the floor of a tavern in Manhattan’s Little Italy.  Then they ventured west, eventually finding jobs in a slate quarry ninety miles west of the city near the town of Bangor, Pennsylvania.  The word got back to Roseto about the promise of the New World, until the initial stream of immigrants became a flood.

The Rosetans began buying land on a rocky hillside connected to Bangor by a steep, rutted wagon path.  They built closely clustered two-story stone houses with slate roofs on narrow streets running up and down the hillside.  They built a church and named it Our lady of Mount Carmel which stood on Garbaldi Avenue, which was named after the great hero of Italian unification.  Initially they called their town New Italy, but soon changed it to Roseto, being that almost all of them had come from the same village in Italy.

In 1896, an energetic young priest named Father Pasquale de Nisco took over at Our Lady of Mount Carmel.  He set up spiritual societies and organized festivals.  He encouraged the townsfolk to clear the land and plant onions, potatoes, beans, fruit trees and melons in the long backyards behind their houses.  He gave out seeds and bulbs.  The town came to life.  The Rosetans began raising pigs in their backyards and growing grapes for homemade wine.  They built schools, a park, a convent and a cemetery.  Small shops, bakeries, restaurants, bars; opened along Garibaldi Avenue.  More than a dozen factories sprang up making blouses for the garment trade.  Neighboring Bangor was largely Welsh and English, and the next town over was overwhelmingly German, which meant – given the fractious relationships between the English and Germans and Italians in those years – that Roseto stay strictly for Rosetans.   Roseto, Pennsylvania, was its own tiny, self-sufficient world – all but unknown by the society around it – and it might have remained so if it weren’t for Stewart Wolf.

Wolf was a physician whom studied digestion and the stomach and taught in the medical school at the University of Oklahoma.  He use to spend his summers on a farm in Pennsylvania, not far from Roseto, however, this did not mean much, since Roseto was pretty much in its own world and it was possible to live in the next town and never know much about it.  Wolf was visiting one time, in the late fifties, and was invited to give a talk at the local medical society, after the talk was over; one of the local doctors invited him to have a beer.   While they were having a drink, Wolf’s new doctor friend told him that he has been practicing for seventeen years, and have dealt with patients from all over and he have rarely find anyone from Roseto under the age of sixty-five with heart disease.

Wolf could not believe his ears.  This was the 1960s, years before the advent of cholesterol-lowering drugs and aggressive measures to prevent heart disease.  Heart attacks were an epidemic in the United States and were the leading cause of death in men under the age of sixty-five.  Common sense dictates that it was impossible to be a doctor and not see heart disease.

Wolf set out to investigate this phenomenon.  He enlisted the support of some of his students and colleagues from Oklahoma.   They first checked all the death certificates they could find from residents of the town.  They analyzed physicians’ records; took medical histories and constructed family genealogies.  Wolf’s team got very busy, and decided to do a preliminary study, starting in nineteen sixty-one.  They took blood and did EKGs over a course of four weeks, and tested the entire population of Roseto.

The results were astonishing.  There was virtually no one under fifty-five that died of a heart attack or showed any signs of heart disease.  For men over sixty-five, the death rate from heart disease in Roseto was roughly half that of the United States as a whole.  The death rate from all causes in Roseto, in fact, was 30 to 35 percent lower than expected.

Still in disbelief, Wolf decided to bring his friend John Bruhn, a sociologist from Oklahoma.  Bruhn hired medical students and sociology grad students as interviewers, and in Roseto they went house to house and talked to every person aged twenty-one and over.  What they found was amazing; there was no suicide, no alcoholism, no drug addiction and very little crime.  They didn’t have anyone on welfare.  They looked at peptic ulcers and none was evident – THESE PEOPLE WERE DYING OF OLD AGE!

Wolf’s first thought was that the Rosetans must have held on to some dietary practices from the Old World that left them healthier than other Americans.  But he quickly realized that wasn’t the case.  The Rosetans were cooking with lard instead of with much healthier olive oil they had used back in Italy.   Pizza in Italy was a thin crust with salt, oil, and perhaps some tomatoes, anchovies, or onions.  Pizza in Pennsylvania was bread dough plus sausage, pepperoni, salami, ham, and sometimes eggs.  Sweets such as biscotti and taralli used to be reserved for Christmas and Easter; in Roseto they were eaten year round.  When Wolf had dieticians analyze the typical Rosetan’s eating habits, they found that a whopping 41 percent of their calories came from fat.  Nor was this a town where people got up at dawn to do yoga and run a brisk six miles.  The Pennsylvanian Rosetans smoked heavily and many were struggling with obesity.

Wolf thought to himself, “If diet and exercise don’t explain the findings, then what about genetics?” The Rosetans were a close-knit group from the same region of Italy, and Wolf’s next thought was to wonder whether they were of a particularly hardy stock that protected them from disease.  So he tracked down relatives of the Rosetans who were living in other parts of the United States to see if they shared the same remarkable good health as their cousins in Pennsylvania.  They didn’t.

He then looked at the region where the Rosetans lived.  Was it possible that there was something about living in the foothills of eastern Pennsylvania that was good for their health?  The two closest towns to Roseto were Bangor, which was just down the hill, and Nazareth, a few miles away.  These were both about the same size as Roseto, and both were populated with the same kind of hardworking European immigrants.  Wolf combed through both towns’ medical records.  For men over sixty-five, the death rates from heart disease in Nazareth and Bangor were three times that of Roseto.  Another dead end.

What Wolf began to realize was that the secret of Roseto wasn’t diet or exercise or genes or location.  It had to be Roseto itself.  As Bruhn and Wolf walked around the town, they figured out why.  They looked at how the Rosetans visited one another, stopping to chat on the street, cooking for one another in their backyards.  They learned about the extended family clans that underlay the town’s social structure.  They saw how many homes had three generations living under one roof, and how much respect grandparents commanded.  They went to mass at Our Lady of Mount Carmel and saw the unifying and calming effect of the church.  They counted twenty-two separate civic organizations in a town of just fewer than two thousand people.  They picked up on the particular equal spirit of the community, which discouraged the wealthy from flaunting their success and helped the unsuccessful obscure their failures.

In transplanting the paesani culture of Southern Italy to the hills of eastern Pennsylvania, the Rosetans had created a powerful, protective social structure capable of insulating them from the pressures of the modern world.  The Rosetans were healthy because of where they were from, because of the world they had created for themselves in their tiny little town in the hills.

Mental, spiritual, physical, financial health need to be thought of in terms of community.  We can’t understand why someone is healthy if all we did was think about an individual’s personal choices or actions in isolation.  We have to look beyond the individual.  We have to understand the culture that we are part of, and who our friends and families are and where we came from.  We have to appreciate the idea that values of the world we inhabit and the people we surround ourselves with have a profound effect on who we are.

This story almost parallel’s what Placencia use to be.   I remember, as a kid, we use to be a very close knit community.  We use to have Village Life where everyone and their family came out and exchanged stories, laughed, talked and socialized; where the great cooks showcased their conch soups, BBQs, rice and beans etc. where the community’s musicians entertained everyone and all the children played with each other.  I miss those days, those days I felt great joy, I felt great freedom and felt like part of something very special.  Back then I believed the rest of the world was as peaceful and blessed as we were in Belize – material things didn’t matter to us, only family and community.

Placencia still have that community ethos, but it has drastically deteriorated, people have become selfish; have become worshipers of materialism; flaunting success in the face of the not-so-fortunate; reluctant to help our fallen brothers and sisters; lost what role parents play in our children’s lives; our children have lost their respect for their parents and elders as well as each other; our children don’t play and interact enough  in a positive way with each other and the list goes on.

However I have not lost an ounce of hope and pride in my community for this is merely an acknowledgement, for I believe acknowledgment is the catalyst to the tools of change – good or bad – Free Will, will let us chose if we should continue down this current path or change our attitudes about WHERE we came from, WHO we use to be as a community, who WE ARE instead of who I AM; for our community does not exist in some parallel universe and we exist in our individual ones.  Our community is made up of each one of us – I AM MY COMMUNITY.