Senator to present motion on military confrontations in Sarstoon 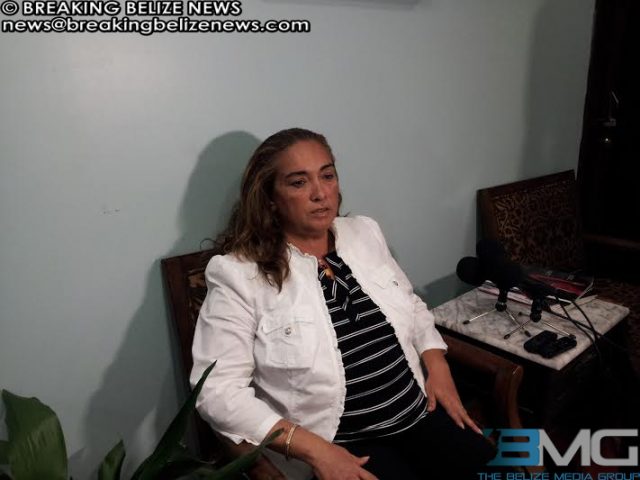 Friday, August 28th, 2015. Aaron Humes Reporting: Opposition Senator Lisa Shoman is to present a motion in next Friday, September 4’s, meeting of the Senate in Belmopan, the Senate to make inquiries on any matter of public interest and requiring the attendance of any Chief Executive Officer in a Government Ministry that has knowledge of or concerning any matter related to his office and duties,

for the CEO’s in the Ministries of Foreign Affairs and National Security to answer questions, quote, “relating to the incidents involving the Belize Defence Force and Belize Coast Guard and the Guatemalan Navy in the Sarstoon River,

and any other border incursion or confrontation and to explain the exercise of sovereignty and preservation of territorial and maritime integrity of Belize over all its terrestrial and maritime borders or boundaries.

The motion cites the recent incident in the Sarstoon River between members of the Belize Territorial Volunteers (BTV) and Guatemalan forces and Prime Minister Dean Barrow’s subsequent comments that there were multiple confrontations in recent years between forces of Belize and Guatemala in the area.

The House will meet next Wednesday, September 2, reportedly to consider a compensation package for Fortis International over the acquisition of Belize Electricity Limited (BEL), after a Cabinet meeting planned for Monday.

The Sarstoon Island affair is expected to come up then as well.