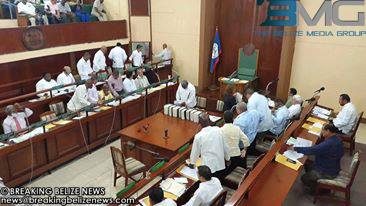 Wednesday, September 2, 2015. BMG: Wednesday’s Sitting of the House of Representatives has been adjourned and the Electricity Acquisition Settlement Act has been passed through its first, second and third reading, 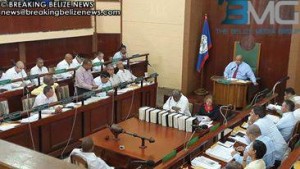 only needing to be approved by the Senate on Friday before the government can make payment to Fortis for the BEL settlement.

The first is a bill to provide for the maintenance and coordinated management of protected areas and the latter, a bill to amend the definition of a protected area. Before the House was adjourned, PUP Leader Francis Fonseca took the time to speak on the recent incident at the Sarstoon Island in which Guatemalan Navy officers were aggressive with the Belize Territorial Volunteers (BTV).

He said that the government and the Prime Minister should be ashamed for not standing up for the Belizean people and only offering a stance of weakness and vulnerability.

He added that he is yet to see the protest note that the Belize government allegedly sent to the Guatemalan government over that incident.

Fonseca also said the government needs to construct the Forward Operating Base at Sarstoon Island immediately.