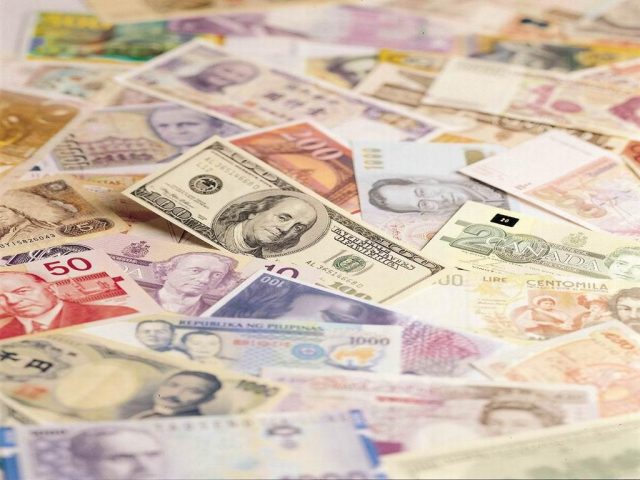 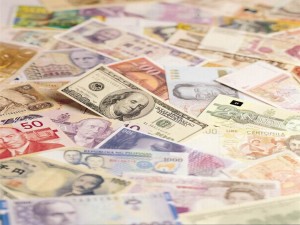 Foreign-exchange reserves are called reserve assets in the balance of payments and are located in the capital account. Hence, they are usually an important part of the international investment position of a country. The reserves are labeled as reserve assets under assets by functional category. In terms of financial assets classifications, the reserve assets can be classified as Gold bullion, Unallocated gold accounts, Special drawing rights, currency, Reserve position in the IMF, interbank position, other transferable deposits, other deposits, debt securities, loans, equity (listed and unlisted), investment fund shares and financial derivatives, such as forward contracts and options. There is no counterpart for reserve assets in liabilities of the International Investment Position. Usually, when the monetary authority of a country has some kind of liability, this will be included in other categories, such as Other Investments.[3] In the Central Bank’s Balance Sheet, foreign exchange reserves are assets, along with domestic credit.” ~ Wikipedia

This information could be interpreted at face value that Belize’s reserve position currently is the highest it has ever been, and that the country now have the longest period of import cover, compared to 2005 when imports could barely be afforded due to the low level of reserves and rationing of foreign exchange to pay for imported goods.

BUT….no book should be taken by its cover.

The Trade Balance is the sum of exports minus the sum of imports. A “trade deficit” exist when a country imports more than it exports.

A remittance is a transfer of money by a foreign worker to an individual in his or her home country. Money sent home by migrants competes with international aid as one of the largest financial inflows to developing countries.

Capital flow is positive (+) when more capital comes into Belize than goes out, and negative (-) when more leaves than comes in. It is obvious that less capital flow into Belize during periods of political uncertainty as during the 2008-2012 UDP administration which featured nationalization by force of the telephone and electricity utility companies without provisions for compensation. The 2005 “G-7 period” of internal revolt against the PUP government corruption and mismanagement scandals even saw a net outflow of capital.

This brief analysis shows that tourism, remittances and services are the areas that have consistently been producing positive results for Belize.

Some of the tourism receipts is certainly from diaspora visits to the homeland, hence the diaspora Belizeans are handsomely growing their contribution to Belize’s economy year on year.

Where Belize is failing is:

1. it is growing its imports much too fast relative to its exports

2. it is not consistently attractive to capital inflows

3. it is growing debt much too fast relative to its GDP growth, which is unsustainable

Why is this so and what should be done?

1. Belize inherited British laws made for a colony, whose purpose was to supply cheap raw materials to the motherland and import expensive finished products. Since Independence, the Customs Tariff Law, which is the principal instrument that guides what is to be locally produced and what is to be imported, has only been amended to suit a few special-interest persons/groups, from time to time. It has been “enhanced” by the Fiscal Incentives Act, which is a legal way how politically-favored special-interests legally circumvent the Customs Tariff Law, but in general remains the same as it was for the colony. Thus, Belize is still an import-consumption economy, as the laws direct the economic actors to behave in this way. Belize needs to become a production-consumption economy if it is to reverse the trend of growing trade deficits, by growing its production at a faster pace than its imports. The Customs Tariff Law needs to be overhauled completely, with the directive of making it more conducive to local production of those goods that we can be competitive in, and less conducive to the import of those goods (and substitutes) which we prioritize for domestic production. A general fiscal re-engineering need to take place to make Belize economy competitive, with a low-broad-based-tax-system objective, conducive to profitable private investments that does not depend on discretionary subsidies at the whim and fancy of politicians. There would be no need for a Fiscal Incentives Act, which would become obsolete, and ALL economic actors would be able to advance by merit, ability and integrity as prescribed by our National Constitution, and not by politically favored, special-interest “accommodation agreements”.

2. Belize does not abide by any consistent economic philosophy. Depending on the tide or circadian rhythm of the leaders, Belize can shift from being the staunchest communist to the most rabid capitalist. This wanton lack of strategic vision forces Belize to swing the entire pendulum from privatization to nationalization, among other anomalies, sending mixed signals to the domestic and world markets. These mixed signals destabilize Belize’s investment attractiveness and makes for the large swings in capital and financial flows. Belize needs to adopt the Mixed Economy philosophy in a clearly articulated form, which makes for a predictable way in which all the governments of Belize will make decisions and send signals to the domestic and foreign markets. It should implement a private-sector-lead economy facilitated in all possible ways to be optimally competitive and productive by public sector resources and policies, with fair compensation, benefits and work environment for labor; again as prescribed by the National Constitution.

3. If these first two are corrected, the Belize economy will soar…exports will grow relative to imports as domestic production surge…IN-BOUND capital flows will be more consistently higher, as more investments come in to produce those goods prioritized for domestic production and competitive exports….which will allow the economy to grow and necessary services and infrastructure financed more from domestic output, reducing the need for taking on such much debt, which in the long-term stifles economic outlook for both domestic and foreign, existing and potential economic actors, by forcing them to seek short-term gains instead of visioning, planning and implementing long-term investments. (I intentionally focus here on the economic/financial moves, knowing full well that the Justice System and Public Safety/Security System needs drastic improvement to make all of this work)

Belize currently enjoys favorable credit from the PetroCaribe agreement with the Bolivarian Republic of Venezuela, where it gets to pay 40% of its fuel imports 30-90 days from date of delivery….and 60% of the amount owed in the form of suppliers credit for use in social and economic development of Belize….at 1% per annum interest rate, and term of 25 years. This most favorable credit arrangement remains in place only when the world market price of crude oil is above US$40 per barrel, as per the agreement.

The price of crude oil is today US$43.37, far below the US$100+ in 2012 when the PetroCaribe agreement was re-introduced after a 3-year hiatus (it was started in 2005 and stopped in 2009, as the deal then apparently was not working out for the stakeholders). The price of crude is expected by many industry forecasters to fall further. A fall below US$40 per barrel would trigger a suspension of the PetroCaribe agreement. Political uncertainty in Venezuela is also a major factor that makes PetroCaribe concessionary financing unpredictable.

Belize is not generating a profit surplus to contribute to the high levels of “foreign reserve” being reported….the current so-called reserve is composed mostly of “available credit” from the PetroCaribe agreement, which is actually a debt.

Trafigura (the Dutch company designated to purchase fuel from Venezuela…through Curacao….for Belize market under the agreement) and its subsidiary PUMA (the company that actually imports the fuel)….make an internal invoice….not-so-much an arms-length, transparent deal..to transfer the petroleum from Venezuela to Belize.

The questions must be asked:

(1) does the amount and price (FOB and CIF) of fuel reported as exported by Venezuela to Belize, amount to the same quantity and price being reported by Belize Customs as imported into Belize?

(2) Does Trafigura pay for the fuel to Venezuela or Belize Government in US$ or BZ$ or some other currency?

(3) If Trafigura pays Belize Government in US$, does it pay up front for ALL the fuel at the point of delivery and the US dollars are transferred and held by the Belize Central Bank and reported as Belize’s OFFICIAL INTERNATIONAL RESERVE under Special Drawing Rights? Where is the US$ held?

A PetroCaribe report show that exports to Belize during the first trimester (4-month period) of 2014 was 3 million barrels, which could be extrapolated to show that Belize imported around 9 million barrels in 2014.

Belize reports claim that only 1.4 million barrels at around US$190 million has been imported during the period from restarting PetroCaribe in 2012 to April 2014, which would be around 0.7 million barrels or US$95 million per year. The price per barrel would be US$135.7 per barrel, way much higher than the world market prices.

These are very wide discrepancies.

The EIA estimates that Belize consumes around 3,500 barrels of fuel per day on average, which would amount to 1.28 million barrels per year. This figure is far below what Venezuela claims it exports to Belize.

Belize customs claims it imported only BZ$249.57 million or US$124.8 million from the Netherlands Antilles (Curacao) in 2014; which at the US$135.7/barrel price suggested above would amount to only 0.92 million barrels imported for 2014.

The Belize Prime Minister this week claimed that with PetroCaribe bolstering, Belize Official Foreign Reserves stood at around US$500 million.

All these numbers do not add up…