Four charged with drug and firearm offenses in Corozal Town 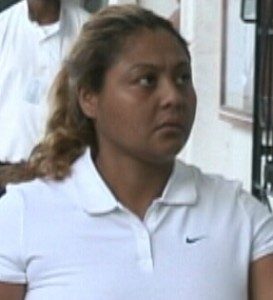 The incident happened back in mid-July when Tzib and Blancaneaux reportedly got into a heated argument which led to the coast guard officer stabbing her boyfriend and then crying over his body until police arrived.

Since then, Tzib has been behind bars as the court case drags along and she was given a new court date of October 15, 2015, when she is to re-appear in front of the court.

Her attorney, Darrell Bradley, did not make a request for bail, meaning that Tzib was remanded into prison until next month.