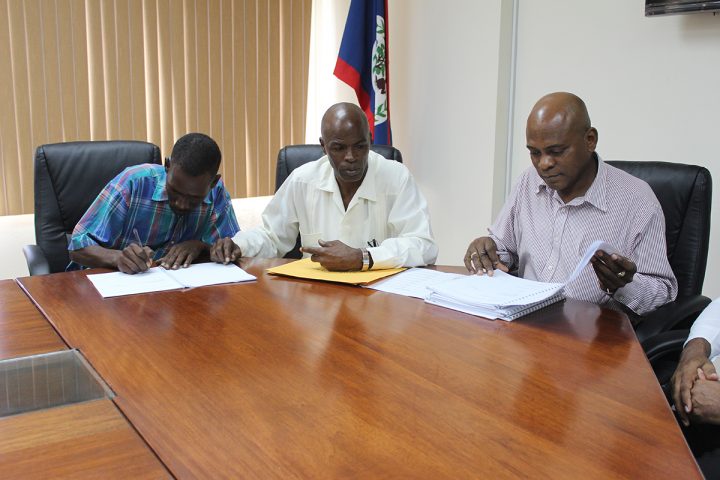 Thursday, 03 September 2015. BMG: A total of $1,495,000.00 has been allocated for phase two of the housing project in the Port Loyola and Lake Independence Divisions, as part of the Southside Poverty Alleviation project

being funded by the OPEC Fund for International Development.

It is estimated that between 100-200 houses will be built for first time owners in those divisions by 22 contractors local to those areas; 15 from Port Loyola and 7 from Lake-I who all signed contracts yesterday, September 2.

$600,000 is budgeted to be spent in Lake-I while another $895,000 is set aside for the constructions in Port Loyola and it was also announced that three more constituencies in Belize City will be benefiting from this phase of the project. 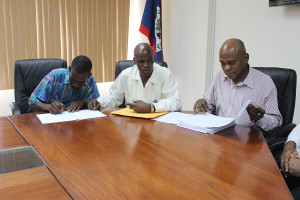 Minister Anthony ‘Boots’ Martinez, speaking Wednesday, said that this project will create more than 100 jobs for residents of those two constituencies that will be receiving new houses and house repairs. Martinez added that the people of his division, which is Port Loyola, are very happy with the work being done and he said that just like the first phase of the project, this phase is going excellently.